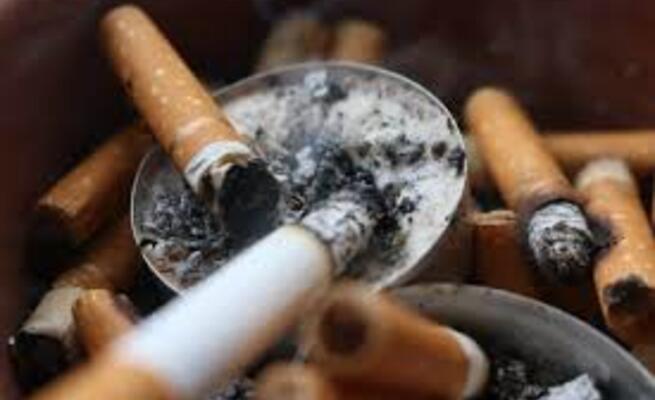 The ultimate goal in the continued ban on the sale of cigarettes and tobacco products during the lockdown is to reduce the number of smokers in the country and improve the general health of population.

This is according to cooperative governance and traditional affairs minister Nkosazana Dlamini-Zuma, who provided reasons why the national coronavirus command council reversed an initial decision to allow the sale of cigarettes and tobacco products when lockdown was eased to level 4 earlier this month.


Dlamini-Zuma revealed this in court where the decision is being challenged by the FairTrade Independent Tobacco Association (Fita) which represents major cigarette manufactures in SA.

In the court papers of almost 4,000 pages, Dlamini-Zuma, responding to Fita’s argument that the prohibition of cigarette sale will lead to the growth of the illicit tobacco product sales, said the ban would ultimately lead to poor and young South Africans quitting.

“The long-term solution to the illicit trade is less in controlling the supply of cigarettes, but in reducing the demand. Because of higher prices and reduced access, it is expected that a sizeable number of South Africans will stop smoking and remain quit after the lockdown,” Dlamini-Zuma said.

Dlamini-Zuma, who has been cited as the second respondent in court papers filed by Fita, provided documentation including scientific proof from around the world that the national coronavirus command council relied on in deciding to ban cigarettes.

Among the reasons was that smokers suffered severely from Covid-19 as it affected the respiratory system and that research showed that infected smokers had a higher intensive care unit (ICU) admission, need for ventilation and a higher mortality rate than non-smokers which, in SA, would overburden the health system.

She argues that the decision to temporarily ban the sale of cigarettes had immediate health benefits.

She said that eight million people smoke in the country and gave a scenario that if it was to be estimated that 1% of the eight million smokers were to contract Covid-19, 80,000 smokers will be infected countrywide. “If an estimated 10% were to need ICU, this would translate to about 8,000 people needing ICU hospital beds and ventilators in the whole country, which would greatly exceed the current availability of approximately 4,000 ventilators,” she argued.

She said that an online survey conducted by the Human Sciences Research Council between March 27 and April 24 with almost 70,000 participants showed that 88% of smokers were unable to buy cigarettes during the lockdown.

This, according to DlaminiZuma, suggested that the ban was effective in reducing access and use of cigarettes.

Fita chairperson Sinenhlanhla Mnguni said they were still seeking legal advice on how to proceed.

“We haven’t been advanced reasons in the past as to what the rationale, or what the government’s thinking is in as far as the ban is concerned. There has never been a proven [link] between sale of cigarettes, or smoking rather, and Covid-19,” he previously told Sowetan.

With the country facing a shortage of Covid-19 tests kits‚ a scientist from the University of the Free State believes that the answer to bolster testing lies in sewage surveillance.

Dr Anthony Turton from the Centre for Environmental Management at the institution said there were 824 waste water treatment works in the country and each one served a population of “known size”.

“By taking samples of sewage according to a defined protocol‚ it is now technically possible to determine the viral load of the entire population in the catchment area of that sewage works.

“This data can be compared weekly‚ and from this we can determine if the total viral load is increasing or decreasing‚” Turton said.

Turton believes that this was a “much easier” method than doing individual testing across the country.

According to him‚ the coronavirus has a specific structure that gives it a number of properties. He said one of the properties was associated with the “fatty outer coating”‚ which is susceptible to detergents‚ ultraviolet light and alcohol.

“What is known to scientists‚ but not yet apparent to the public, is that the virus is shed in human waste. This is known as viral shedding‚ and is now known to result in a traceable presence in both urine and faeces before a patient manifests with symptoms and after a patient has been treated.

“This does not mean that the virus is still infectious‚ although there is some mention of faecal-oral transmission in peer-reviewed literature‚ at least of the SARS virus.

According to Turton‚ samples are taken from the inlet to waste-water works where raw sewage is mixed.

He said it was important for sampling to be regular and accurate. He said the samples are then prepared in a “specific way” and sent to a laboratory capable of detecting precise elements of the ribonucleic acid.

“Think of fingerprinting to understand this process. The coronavirus has a precise fingerprint consisting of strands of carbon-based nucleotides arranged in a known sequence. It breaks down after the virus is destroyed but remains present like a bowl of minute pieces of spaghetti.

Once detected and identified‚ it is then amplified or increased through a process known as polymerase chain reaction.

“This is technically complex… [but] if done properly‚ an accurate picture emerges.”

He said the technology had success in the Netherlands and is now being rolled out in other countries in the world.