Bishop Bheki Ngcobo demanded compensation for lost revenue due to lockdown regulations and asked why religious institutions were not essential before. 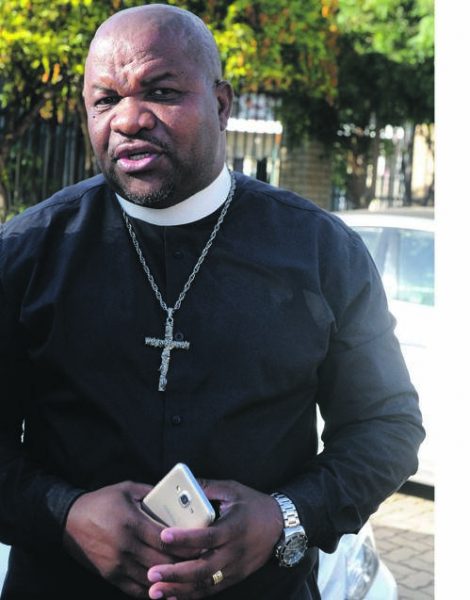 Bheki Ngcobo, Bishop of the South African Zionist Church, said the limit of 50 worshippers was too low.


Speaking to Bongani Bingwa on 702 on Wednesday morning, Ngcobo said he was happy that churches were allowed to operate but there were reservations.

“We were worried that how come the president opened the alcohol and forgot the church? So we are excited, although we still have a long way to go,” the bishop said.

This comes after President Cyril Ramaphosa announced that government decided to partially re-open places of worship because their closure had had a devastating impact on various communities.

Bishop Ngcobo demanded compensation for lost revenue due to lockdown regulations and asked why religious institutions were not essential before.

“There are churches who lost their place of worship. They were renting and now they lost it and owners wanted money.”

In April, Ngcobo was arrested for violating the nationwide COVID-19 lockdown by leaving his home to go to a mountain to pray.

He had also called on Christians to disobey Ramaphosa’s instruction that there should be no gathering of more than 100 people at the time.

ARE CHURCHES AN ESSENTIAL SERVICE? YOUR SAY…

Meanwhile, the church conversation sparked the hashtag #ChurchIsNotEssential on Twitter with many questioning how the 50 people limit would work and why other businesses aren’t allowed to operate.

Some people on the social media platform raised concerns about churchgoers possibly getting infected with COVID-19 and spreading it.

If #ChurchIsNotEssential or #ChurchIsEssential is not an issue for me. It’s a personal matter where and how you practice your faith.
My issue: Why keep businesses that can operate under the same principles (50) closed?

Wellcome to South Africa where the "president" thinks opening of church is more important than opening of small businesses like salons, restaurants, cinema's, I mean what kind of prayers will people pray at church that they cannot pray at their homes???? #ChurchIsNotEssential pic.twitter.com/JcEUKmgfje

Before Religion was introduced to us and we where still spiritual beings, we didn't need four walls to worship. Worship was a lifestyle that could be done anywhere at anytime. #ChurchIsNotEssential #TaxTheChurch