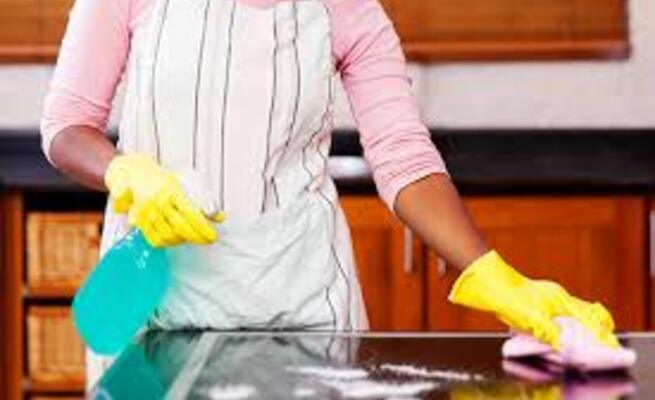 This is the untold story of the lockdowwn, when many think of its effects nothing much has been said on how this has impacted on the lives of domestic workers, some have lost their jobs and others haven't been paid.

When the news that Covid-19 had finally hit South Africa, Nothando Shezi* was sent home by her employers as they assess the situation. For her it sounded casual and she thought that in only a few days time, she would be back at work again.

Reality struck when the month came to an end and she was due to be paid. “At month end I got paid for the one day I worked but then I was told I did not have a job to come back to,” she said.

She had been working two days a week, for two families in Johannesburg North.

On her free time, the 31-year-old also found employment through SweepSouth. However, because of the lockdown, she cannot do both and at least put food on her family's table.

At law, workers who perform piece-work or full-time domestic work need to be registered with the Unemployment Insurance Fund (UIF) if they work more than 24 hours a month.

Meanwhile, she was surprised being told none of her employers had registered her. “And there is nothing they can do for me,” she said, adding that she is not sure if she will pull through.

As a result of not have been registered, she is not eligible for the Temporary Employer-Employee Relief Scheme put in place by government to help workers who lost their jobs as a result of the coronavirus crisis.

“We’ve been living off help from relatives, but it’s not enough and I haven’t even paid rent this month,” she said.

Domestic workers will only be allowed to go back to work when the lockdown restrictions are eased to level 2, leaving many like Nothando wondering just how they’ll survive.

In a survey conducted last month by Izwi Domestic Workers Alliance, it was found that only 38% of 600 respondents are being paid full wages.

Many domestic workers have been either fired unfairly or put on unpaid leave. However, Amy Tekie, founding member of Izwi, told DRUM that there is a process to follow if employers can no longer pay their helpers during this time.

“If an employer truly doesn’t have the funds to keep paying, they can go through the process of retrenchment. In this case, they would have to give at least four weeks’ notice or pay out if they can’t give the notice period," she said.

Life is getting hard for domestic workers who are not live-in, most have lost their jobs.

“They must pay a week’s severance pay, which is a week’s pay for every year the person worked, and they have to pay out any extra leave days and wages that are due because of other services,” she said, adding tha this applies to all employers who have domestic helpers who work more than 24 hours a month.

She added that employers have to refer to the labour laws at all times.

The level 4, made it possible for live-in helpers and caregivers to return to work. Without paid leave or governmental protection, many need to put food on the table and are forced to work under poor working conditions.

Domestic worker Nomsa Mnguni* recently told DRUM that she is happy to be earning an income but has not been allowed to set foot outside her employer’s home since mid-March.

“I am told I can’t go anywhere because I will bring back the cough. I have five kids back home in Zimbabwe, but I’m not able to send them money because I can’t go outside,” said Nomsa (43), who works in Senderwood, Gauteng.
Her employers at one time stopped her from going to her brother's funeral, but expose her to the diseases by sending her around to get supplies.

“All the while they continue to have family members over and take their kids to sleepovers and their grandparents’ place,” she said.

There are yet others who are in the same scenario. Noluthando Zwane*, who works for a family in Rivonia, said her employers have barred her from seeking medical treatment. “I take medication for high blood pressure and the last time I could get my medication from the clinic was in March. I am told I will bring back the virus if I go outside,” she told the publication.

She said her husband had to sneak the medication for her. “I have had to have my husband collect my medication and smuggle it to me because if they were to see me with him, I would lose my job,” she said.

Her workday also never seems to end, Noluthando (35) said, adding that she doesn't even have a time to see her children. “I haven’t been able to see my three kids during this time. My working hours have been very long and for more people as they have parties with family members,” she said.

Meanwhile, according to Tekie, the ill-treatment of domestic workers is not a new phenomenon. “It is issues we have seen for years, but they have been exacerbated by the coronavirus pandemic,” she said.

The country has a track record of exploiting domestic workers, most of them are afraid to speak out for fear of losing their jobs. Joburg attorney Nonhlanhla Mtshali of Kannigan Attorneys warned employers not to take advantage of the coronavirus crisis.

“Employers ought not to prevent their employees from purchasing essential items or being able to move as and when necessary,” Mtshali said.

Mtshali said employers should not impose other restrictive measures other than the ones put by the government.

“At most, the only restrictions an employer can put in place are the restrictions government put in place. It is also important to mention that a restriction should not be an infringement on a worker’s rights,” Mtshali said.

Tekie also encouraged domestic helpers to contact Izwi on 066-060-7698 or online at izwi.org.za for help with any workplace issues.

They are almost universally employed as individuals (not collectively) in private households (not in formal workplaces). They are frequently employed on a part-time basis, in many cases “informally” (without regard for legal requirements).

Few institutions of labour law are applicable or accessible to them and the coronavirus pandemic has even made their lives more vulnerable and unbearable.