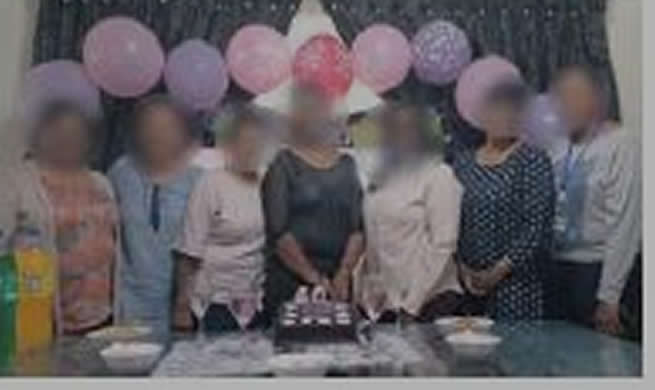 NEVER MIND PHYSICAL distancing or wearing masks to contain the spread of Covid-19, there was no way a police clerk was going to miss out on celebrating her 40th birthday.

On Wednesday, the husband of the policewoman who is based at a station south of Durban, invited his wife’s colleagues to celebrate her birthday during their lunch break.

All would have probably gone unnoticed, had she not posted photos on Facebook.

Speaking to the Sunday Tribune, the husband believed they did not violate any of the lockdown regulations, even though the women are seen standing close to each other and without masks while posing for photos at their home.

“For the past six months, she has been treated for depression and work has not been easy for her lately. I just wanted to cheer her up. It was a simple thing to make her feel loved and special,” said the husband.

He said they never thought anything was wrong with what they did nor posting the photos on Facebook.

“My wife posted it and then all of a sudden people were bad-mouthing us for having what they called a party. Screenshots were taken and posted in groups, but from what we know, the posts have been pulled down. It was far from a party. I had spent less than R150 and we didn’t have more than 10 people attend. When people arrived they wore masks, were asked to keep their distance and sanitise their hands.”

He alleged that his wife’s colleagues who had visited were at the centre of a conspiracy to ruin their lives.

“She has been miserable, there is a high ranking female officer at the station who goes out of her way to make life difficult. She shamelessly abuses her power. My wife is criticised for everything she does, from her work to what she wears. Every day is a struggle and if I could work during the lockdown, I would tell her to quit and stay home. The hardest part was explaining what was wrong to our young children.”

The husband said he was outraged by the backlash.

“We know and understand that there is a lockdown and we still believe we never broke it.”

National police spokesperson Brigadier Vish Naidoo said he was not aware of the incident.