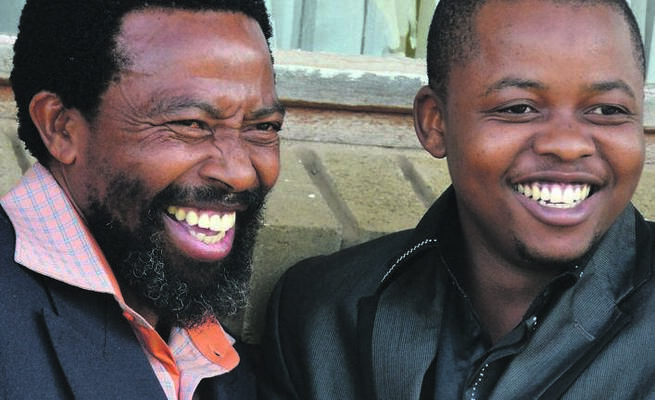 Sometimes matters of the heart are so confusing, after so many years, it could come as a surprise to see a father disowning his child.

In an instance that could seem strange, while it is true, AbaThembu king Buyelekhaya Dalindyebo has disowned his son, who is an acting king Azenathi Dalindyebo.

Dalindyebo is fuming and is demanding a DNA test to prove that he is his son, not only that, he has given him until the end of this month to move out of his place.

City Press reports that it has seen two messages – one to Azenathi and the other one to his mother, Judge Buyiswa Majiki – telling them that they have no claim to royalty.

“I humble myself requesting you to take your son [Azenathi] and his belongings together with yours and vacate my premises before the end of this month. I need to occupy my home as soon as possible,” read the message Dalindyebo sent to Majiki.

“Your cheap sarcastic diplomacy is no better than Ratax (sic) that no longer kills mice and rats and I simply feel you are behaving like rats in my compound and harry in my pocket. If you misunderstand the harry in my pocket, for your benefit, it means you are a kleptomaniac thief together with your son," he continued.

However, Dalindyebo is determined to go home and take up his duties as king.

“For a long time I thought I was dealing with humane hearts insanity only to find myself dealing with headless chickens, only good enough for pig feed. Judges like your good self only belong to the garbage bin of law society. I would like to emphasise that shameless as you are in your actions you are nothing in royalty, so is your son,” he wrote.

His news has been confirmed by some of the people who are close to him. The king’s aide, Babalo Papu, said it was true that Dalindyebo wrote both messages to Azenathi and his ex-wife Majiki.

On Wednesday morning Majiki confirmed she received the message, but refused to comment further.

She added that she had important issues to attend to: “I am on the way to court to make decisions on matters of national importance. I don’t have time to talk about that. I have better things to do than engage on those issues.”

“If you have any doubts about what I am saying you must go for a DNA test. I am willing to participate in that,” Dalindyebo wrote.

“Get out of my life and out of my room [in Bumbane Great Place]” added Dalindyebo.

In a twist of events, Nkosi Dumisani Mgudlwa, spokesperson of Azenathi told the publication that Dalindyebo had confessed to his inner circle that Azenathi was his son.

“Azenathi is king Buyelekhaya’s son. He [king] also told us in a meeting in Nkululekweni [the king’s private residence] that Azenathi was his son and would act on his behalf when he was in jail,” he said.

Mgudlwa, a senior AbaThembu leader and member of the royal family, said Dalindyebo had told him he wanted to give the throne to his son Azenathi.

“This is painful for us who know king Buyelekhaya. We are longing for him to come to us and tell us what his issues are. We are hurt that these issues are discussed on social media. Azenathi is his son, that is all we know,” he said.

Mgudlwa said Azenathi was not bothered by what his father’s utterances.

“The issue of the DNA is up to the king and Azenathi. We don’t have a problem if the DNA test is done. We would not have placed Azenathi as acting king is he was not his biological son,” Mgudlwa said.