Home General News Outrage as metro cops try to arrest toddler ‘for being outside’ (WATCH... 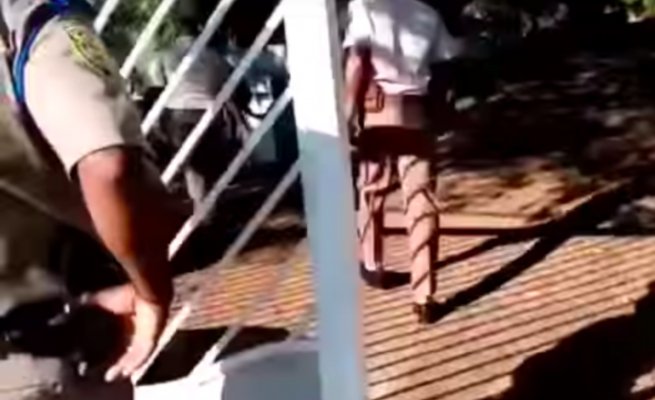 The man, who is understood to be the child’s father, is then detained in full view of a woman with two other young children in a gated community.

A video of a toddler being saved from officers allegedly trying to arrest him for being outside (in a gated community) has gone viral and elicited strong condemnation from the community of Ballito where the incident took place.

Two metro officers can be seen walking through the gate of a residential property, stepping inside and attempting to arrest the toddler, seemingly for being outside.

The boy can be heard screaming that he doesn’t want to go to jail as a male adult comes rushing to the boy’s aid. Only one of the officers is wearing a face mask as the boy is being pulled away.

The man, who is understood to be the child’s father, as the child calls out for him, is then detained in full view of a woman with two other young children on the residential property.

The man requests for his lawyer to be called by the woman on the premises. Screaming and crying children continue to be heard on the video in the background begging for the man not to go to jail as this incident takes place in full view of the children.

The video has also been shared on the I Love Ballito Facebook group alleging that the uniformed men in the video are traffic officers from the KwaDukuza Municipality in KZN.

This is a developing story. More updates to follow.