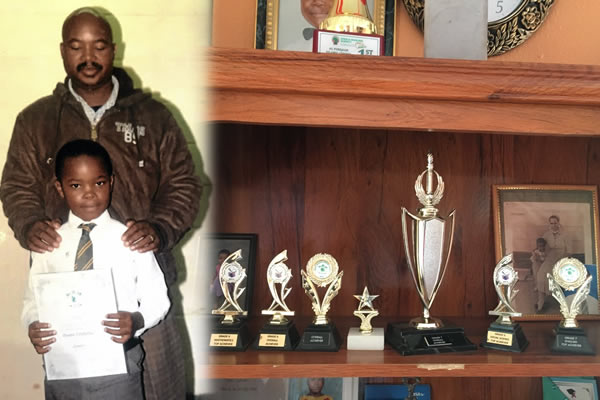 Luyanda Tshabalala's father was inconsolable when he arrived home after fatally shooting his son.

Luyanda, 16, was accidentally gunned down by his 50-year-old father at Fred Norman Secondary School in the Johannesburg south suburb of Ennerdale on Tuesday night.

"When he arrived home after Luyanda was declared dead he was crying. He blamed himself for the accident," said the boy's stepmother Sibongile Tshabalala.

Sibongile, 47, said her husband had fallen asleep in his car and panicked when he heard someone knocking on the passenger door.

"He had taken Luyanda to school earlier that evening. It was at around 8pm when he heard knocking on the window and felt the car being shaken. He panicked and pulled out his gun and shot Luyanda in the chest before he realised what was happening," she said.

Sibongile said her husband, who works for a construction company, had had a long, tough day at work and had passed out in the car due to exhaustion. She said when he realised what he had done he rushed Luyanda to a nearby hospital where the boy was declared dead on arrival.

"He was emotional when he returned to the house because it was a mistake. He didn't mean to shoot him," she said.

She said the two had a good relationship, Luyanda performed well in his studies and his dad was proud of him.

"Luyanda wanted to be a chartered accountant. He was a top achiever at school and was a deputy chairperson of the learners representative council. His father was very proud of him, dedicated to his education and supported him. He had promised to buy him a laptop to encourage him to continue excelling at school," she said.

The man handed himself over to the police on the same night. Captain Mpande Khoza said they were investigating a murder case and also confirmed that the father was behind bars. He said the man would appear in the Protea Magistrate's Court today.

Gauteng department of education spokesman Steve Mabona said they did not know what led to the shooting.

"We do not know the circumstances that led to the father shooting his child. The parent was here to collect his child and support staff that was present could not stop him. They did not compromise security at the school."

Mabona said they had offered counselling to pupils and postponed exams yesterday to allow them to mourn.

"He has never raised his voice, not even once. We are hurt because he was so young. He would come to me every morning to wake me up and greet me before he left for school," Makhanya said.