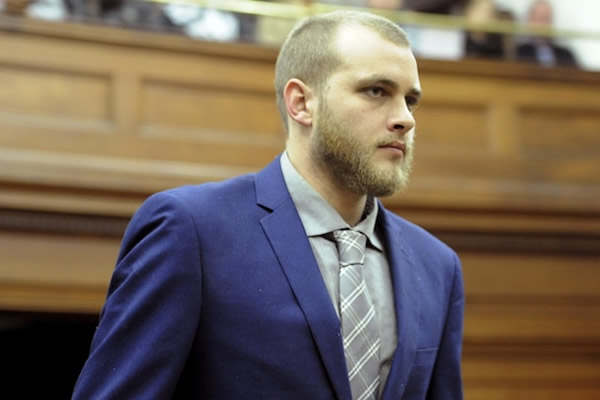 Convicted axe murderer Henri van Breda has been handed down three life sentences for the murders of several of his family members.

23-year-old Henri van Breda was found guilty of killing his parents and older brother and severely injuring his younger sister in an axe attack in 2015.

Van Breda has also been given 15 years for the attempted murder of his sister, Marli.

Two weeks ago he was found guilty of the murders of his parents and brother, and the attempted murder of his sister.

Judge Siraj Desai has given Van Breda a life sentence for each of the three counts of premeditated murder.

Desai handed him a further 15 years for the attempted murder of his sister and 12 months for obstruction of justice.

The sentences will run concurrently.

Desai has found that Van Breda lacked remorse and failed to give a reason for the murders.

Defence advocate Pieter Botha has indicated that they will appeal both the conviction and sentence. This will be heard on 27 June.