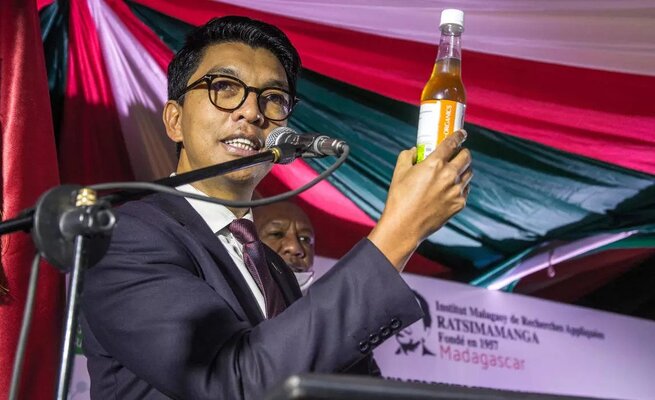 The government says it will help Madagascar with research into whether an indigenous plant can “cure” Covid19.

Health minister Dr Zweli Mkhize said yesterday that the country received a request from the government of Madagascar and that it was willing to help.

“We actually did get a call from the government of Madagascar. They asked us to help investigate the scientific basis on which such a drug could be used,” Mkhize said.

The herb in question is the

This herb has widespread usage in SA, where it is known by indigenous terms like umhlonyane (Nguni) or lengana (Sotho).

Mkhize explained that the Madagascar request was made by the island nation’s foreign affairs minister.

“And there had been a call from the president and we then said our scientific research institutions will be willing to support an analysis on that matter,” Mkhize said.

“Tests have been carried out – two people have now been cured by this treatment,” Rajoelina told ministers, diplomats and journalists at the Malagasy Institute of Applied Research (IMRA), which developed the beverage last week.

“This herbal tea gives results in seven days,” he said.

Downing a dose, he said: “I will be the first to drink this today, in front of you, to show you that this product cures and does not kill.”

The tonic, which has been called Covid-Organics, also contains other indigenous herbs, according to the IMRA.

Locals in SA have also turned to lengana to fight Covid-19. But health and traditional medicine experts have cautioned against the use of the herbal plant without proper consultation.

The plant had been used in many SA households for years to treat symptoms related to colds and flu, among other ailments.

Mkhulu Solly Nduku of the Traditional Health Practitioners said: “We do encourage the use of umhlonyane and other herbs for flu. However, we can’t say it works for corona[virus] but it works very well for flu symptoms.”