Home General News People 'trying to kill me' poisoned & killed my son instead –... 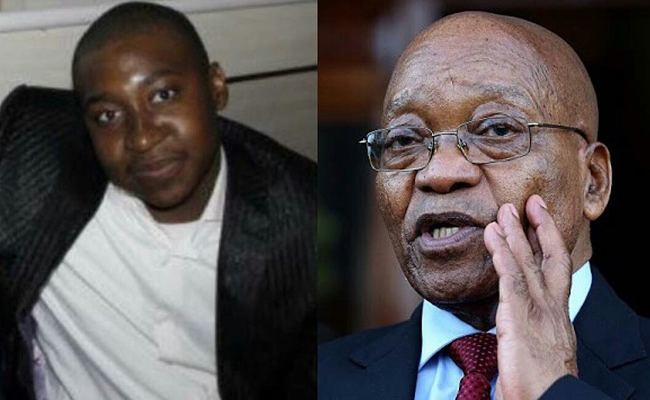 Nhlakanipho Vusi Zuma died at the age of 25 on 1 July 2018. He and Duduzile Zuma share a mother, Kate Zuma, who committed suicide in the year 2000.

Former President Jacob Zuma has made an explosive claim about the death of one of his sons who died a couple of years ago.

Nhlakanipho Vusi Zuma died at the age of 25 on 1 July 2018. He and twins Duduzane and Duduzile Zuma share a mother, Kate Zuma, who committed suicide in the year 2000.

A new YouTube channel launched in May posted a 45-minute long video of a conversation between Duduzane and his father on a range of topics including some very personal to both of them such as the death of Kate and Nhlakanipho.

"This is one of the biggest blows as well. Here was a young man, actually growing, very bright, really with a big future. But he had to die. Had an ailment that you can control until you are very old. But he passed away very suddenly," said the former president.

"Now that I know what took him, it is what pains me even more. I now know that it was people who were trying to kill me or to reach me, but who were finding it difficult to reach me, who then took a decision to create or make something that will pain me and I now know and I think it's important that… maybe I'll become emotional with this one.

"It was a failure to take my life, that they then went to the young man and in a manner that eh… very cruel because they interfered with his treatment in order to poison him. So the pain has not just doubled, it has tripled. Here I lose, for the first time, my child who had many years to live… it's a very painful thing."

At the time, it was said that Nhlakanipho had died from complications related to Lupus, a long-term autoimmune disease.

Watch the interview below: