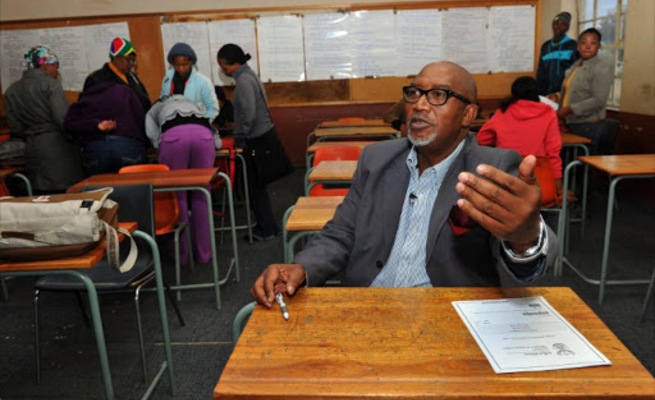 Inspirational jazz musician Sipho "Hotstix" Mabuse says he will enroll for full-time studies at the University of Johannesburg next year.

Mabuse completed his matric at the age of 60 in 2012 at a Soweto school. He had enrolled for part-time studies at the Unisa since then but had to abandon his studies because of work and family pressure. "I am in talks with UJ in order to further my studies in anthropology. Since my matric year, I have been overwhelmed, I have been snowed under with demands to come and interact with educational programmes, speaking in schools about the value of education," Mabuse said.

He said part-time studies were particularly difficult as he had to adjust his life to accommodate his school work.

Full-time studies, he added, would enable him to finish his undergraduate degree in record time. "I may have to restructure my life to accommodate full-time studies, my life is almost as hectic as that of a social activist. I am requested to say something on some issues," said Mabuse.

He said he particularly chose to study anthropology because it linked up with his music career. "Anthropology is intertwined with my career because learning about other cultures from around the world will increase my creative capacity."

Spokesperson for UJ Herman Esterhuizen said the institution would be delighted to have Mabuse study at UJ.

"At UJ we recognise the social transformation role that Mr Mabuse has played in society through the arts and other means… he is among the artists who even in the twilight of his career continues to inspire young people to value the role of education as a tool for self-empowerment."

Mabuse advised matric class of 2020 to persevere and remain focused to overcome adversity at the worst of times.

He encouraged pupils to use online platforms of studying and not make excuses for not studying during the countrywide lockdown. "It is rather a complicated situation for those who never experienced long- distance education. However, technology is an enabler for those who are determined to make progress," he said.