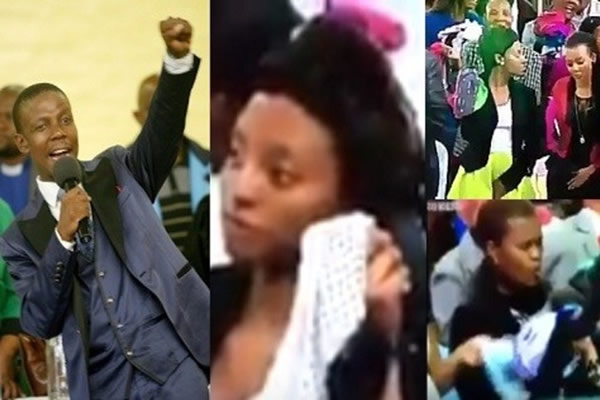 A livid Gauteng woman has opened a case of defamation against an online DJ who accused her of flirting with prophet Paseka “Mboro” Motsoeneng.

Zanele Ndlazi, 37, opened a case of defamation against Ricky G Leamus at the Alberton police station on Monday and called on the police to bring the trail-blazing DJ to book for impairing her dignity.

Gauteng police spokesperson Mavela Masondo confirmed that Ndlazi has opened a case against the disc jockey and investigations were under way.

“A case of defamation has been opened at Alberton police station. No arrest has been made and investigations are under way,” said Masondo.

Speaking to Sunday World, Ndlazi said she went to Mboro’s Incredible Happenings Church in Katlegong for divine intervention a while ago when she was under the weather.

“My biggest worry was that I fainted quite a lot and, as a result, I never had a permanent job. That was until God changed my life through the gifted Ntate Mbhoro, who prayed for me and transformed my life,” said Ndlazi, who holds a master’s degree in plant science.

“I started gaining weight, my health improved and I stopped fainting. Now I have a permanent job as a project manager in agriculture.”

She said her happiness was short-lived on Sunday, April 12 this year, after testifying live on Mboro’s Facebook page that her health had improved and that she had gained a bit of weight.

Her sentiments, which were recorded on video and posted on prophet Mboro Times Facebook page, were echoed by the popular Bible-puncher.

“She was straight like me, but now there is little wave, at the back there is a wave,” shouted Mboro while pointing to Ndlazi’s ballooned derriere, which she displayed merrily in the video.

Rickly G Leamus then took the video clip and posted it on his Youtube channel with the caption: “Prophet Mboro flirting Easter 2020 goes wrong.”

This did not sit well with Ndlazi, who reported him to the police. “A man named Ricky G Leamus edited the whole clip and took a few seconds of it, and said that the prophet was flirting with me. Ricky G has surely defamed my character.