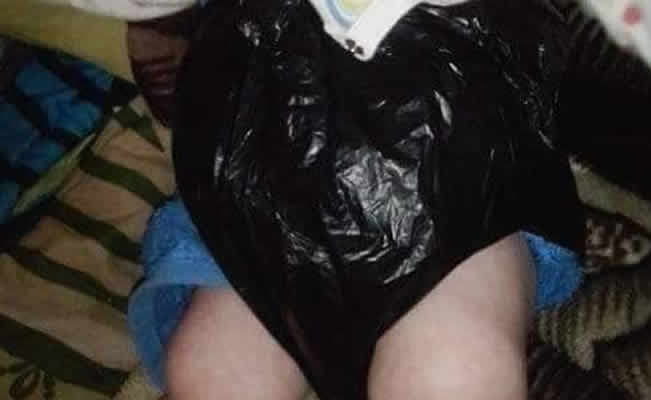 Pictures of a crying child wearing a plastic bag, accompanied by the mother’s desperate plea for food and nappies touched the hearts of many South Africans.

The mother, Zandile Dladla, alleged that the father of her three children had left her because she had given birth to an albino child.

Part of the mother’s message read: “I really don’t know what to do the father of my children left me cz I gave birth to an albino child and I have three children 6 [years], four [years] and three months old baby girl she’s an albino.

"We are out of food, she’s out of pampers, porridge and milk I don’t even know what to do she’s crying and I’m crying too coz I’m hopeless."

“Please if anyone would like to donate baby milk, pampers, or porridge God bless you. Am covering her with old clothes and plastic please help.”

The message went viral on Facebook and on Twitter, attracting mercy for the desperate family and anger vented against the father.

Well-known Gauteng businessman and philanthropist Given Muhlarhi, popularly known as 'Given the Giver' said he did could not sleep on Sunday night after being shown the trending picture of the child and the mother’s plea. 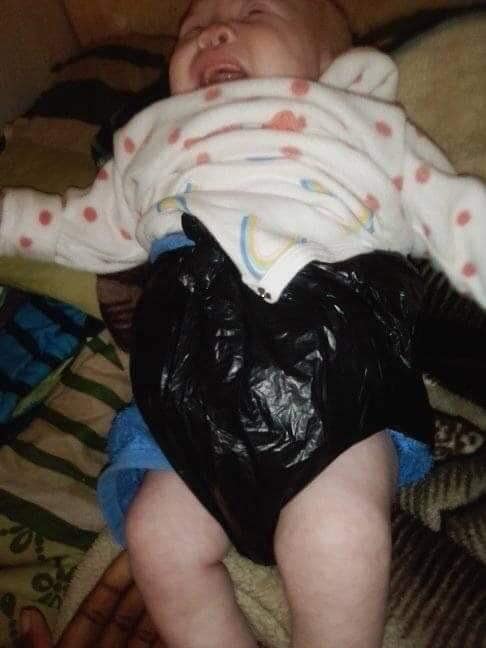 “That picture kept me awake. Seeing that post when it was shown to me, I could not even sleep. I tried to trace back the post to know where the post was coming from and at first thinking it could be one of the scams.

"Something just didn’t allow me to ignore that post. When I called the mother, she wasn’t answering and I called her many times. The post hit me … I think I only managed to sleep at around 2am and I was up at 6am,” Muhlarhi told African News Agency.

“I managed to speak to her at around 11pm last, and I was thinking whether I should just drive to the garage and buy even just one packet of nappies just for her to survive the night so that the following day when shops open I would be the first on the queue to make sure that I buy. 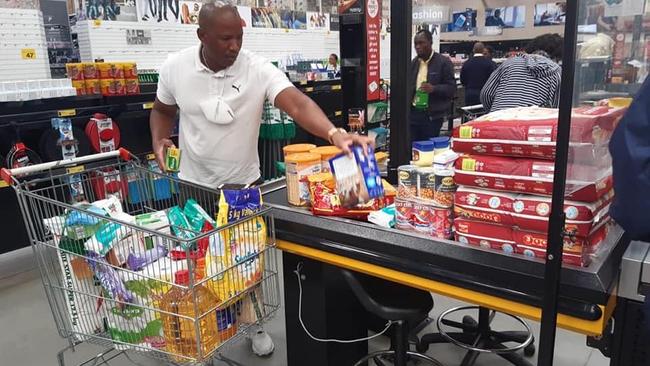 "I was imagining the relief she could have after receiving that.”

Muhlarhi visited the Dladla’s home on Monday morning and said he witnessed the appalling conditions the family was living in.

“I was there holding the kid but as I was going to the shops I was so angry, blaming the guy [the missing father]. It later dawned on me that, but as it is many businesses are closed and it becomes very difficult for the people who work there day to day.

"What if this guy worked at a restaurant or in the construction industry. We are blaming him but we don’t know, we have not worn his shoes,” Muhlarhi said.

“Women are very strong, and God has made women to be able to take the pressure no matter how much it is. They take it but most men don’t have that.

"When I put myself into his shoes, trying to understand why he ran away, I realized he could listen to this baby crying and there are no nappies or food, yet he is the provider. He came up with the albino excuse so that he could get out of the situation.”

Muhlarhi said he hopes that the man would return to his family and find support to continue shielding his family.

Muhlarhi runs several philanthropic projects including the Given the Giver Shoes Drive, which has led him to provide school shoes for children from poor families.

During this coronavirus lockdown, Muhlarhi has been distributing food parcels to communities around Gauteng.