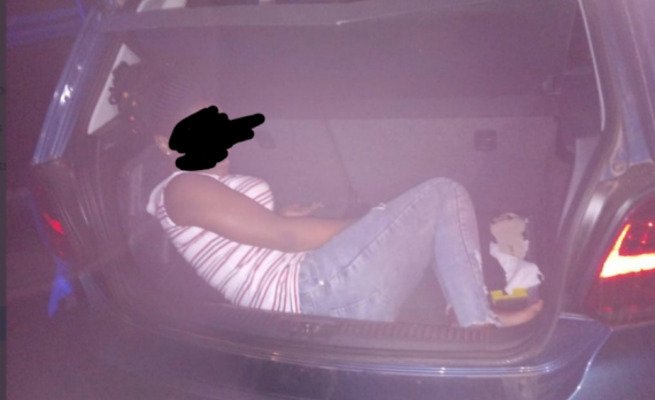 The national lockdown has seemingly driven South Africans to resort to desperate measures to find ways to thwart the regulations.

On Friday, a man was arrested at a roadblock on the N12 road for allegedly trying to smuggle his girlfriend from Gauteng to Mpumalanga in the boot of his car.

Gauteng community safety MEC Faith Mazibuko said law enforcement officers stopped the man at a roadblock and asked him to open the boot, whereupon they discovered a woman inside.

In a video circulating on WhatsApp, police can be heard laughing as the embarrassed woman gets out of the boot and puts on her shoes.

A man can be heard saying: “Are you okay? Are you well here?”

The man, presumably a law enforcement officer, then mentions human trafficking, saying the driver must be arrested.

According to Mazibuko, both the man and the women were arrested after she said she had consented to being “smuggled”.

In terms of the lockdown regulations, movement between provinces, metros and district areas is banned and roadblocks on community, provincial and national roads are being conducted to enforce this.

At these roadblocks, particularly between provinces, health officials will screen people and police will ensure movement is restricted.