In a press statement on Monday night, Health Minister Zweli Mkhize said that there were now 142 new cases of coronavirus in South Africa, taking the total to 3,300.
Four more deaths took the fatalities figure to 58 in total. There have been 1,055 recoveries in total.

“Tests have been conducted on 121,510 patients in both public and private sectors.”

He said their data confirmed the significant increase in testing, which was mainly attributed to the mass community screening and testing taking place in provinces. 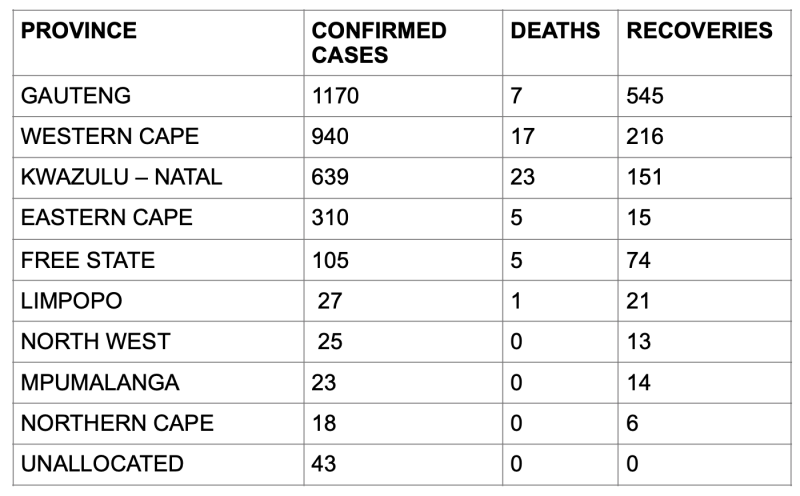 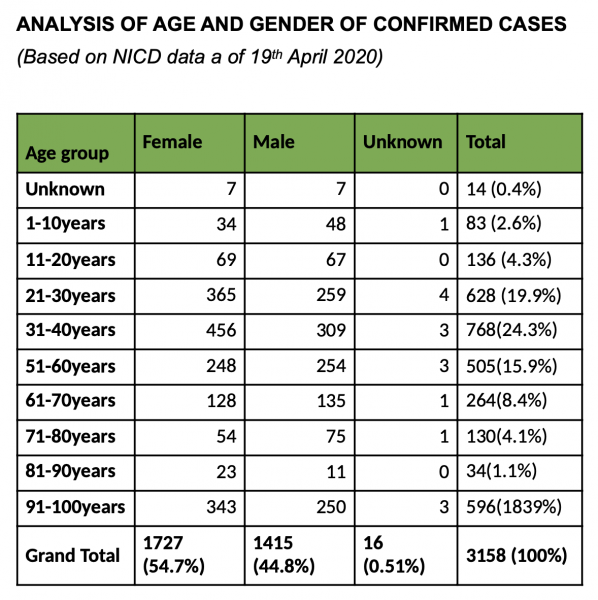