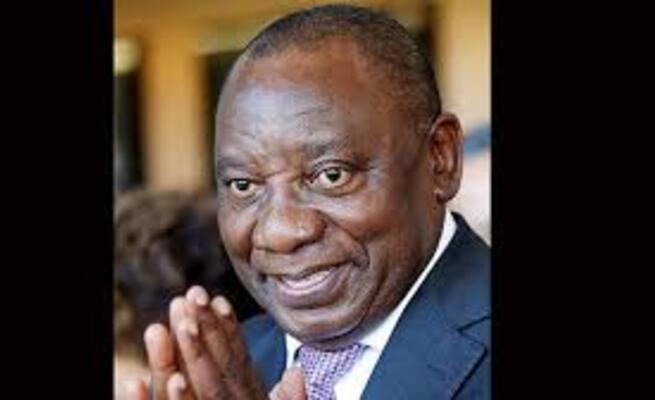 President Cyril Ramaphosa has been blamed for employing a 'quiet diplomacy,' and for looking soft and playing the wait and see attitude, however, he took bold actions and rose to the situation just in time.

He is now being praised for his bold move.

He has seemingly outdone other leaders from powerful nations such as the United States of America, the United Kingdom and emerged a hero in a league of the big boys.


His decision to put in place stringent measures in the war to stop the spread of coronavirus (Covid-19) has made the likes of US president Donald Trump and British prime minister Boris Johnson look like amateurs in a war of supremacy.

“In the days, weeks and months ahead our resolve, our resourcefulness and our unity as a nation will be tested as never before. I call on all of us to play our part,” said Ramaphosa in his famous speech announcing the lockdown.

President Ramaphosa was bold when he drove the message home. He made the declaration after wide consultations. "Let us never despair. For we are a nation at one, and we will surely prevail," he said.

South Africa's lockdown has since been viewed by many as the ideal for case study and implementation elsewhere, with praises for the move pouring in.

"South Africa seemed to have acted faster, more efficient and more ruthless than many other countries around the world," wrote BBC's African Correspondent Andrew Harding.

He added that President Ramaphosa has emerged as a formidable leader, composed, compassionate and swift as he imposed strict restrictive measures.

Microsoft chief Bill Gates described Ramaphosa as a strong voice calling on other countries to take a leaf from his leadership style.

Political economy analyst Daniel Silke said the President has shown great authority. "This crisis offered him the chance to take a decisive role and he took it," he said.

Martin Kingston, vice-president of Business Unity South Africa said the President rose to the occasion in a most rare style.

Nstikelelo Breakfast commended the President for also listening to various voices, including when the tax drivers protested against the effects of the lockdown.

He described Ramaphosa's leadership style as flexible and accommodating.

However, Silke still warns that the way the President is going to handle the few coming months will be crucial.

He emphasised that the poor will be greatly affected and also said it would be needed to reopen the economy bit by bit in the next few months.