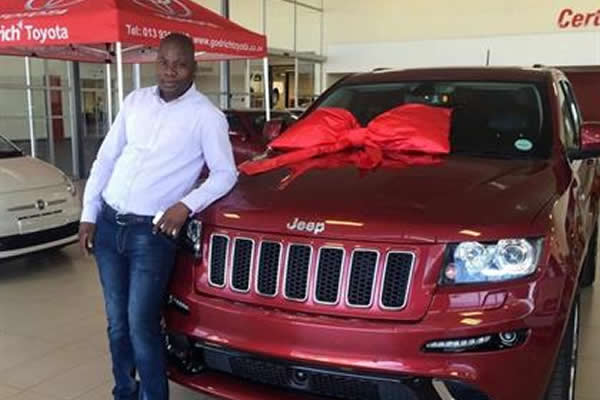 ON SOCIAL media he was a well-known “king of bling”, living a lavish lifestyle and showing off his riches.

But there was something that his photographs of expensive brandies with friends, his brand new Jeep Grand Cherokee and expensive clothing didn’t show.

It was only when his photo surfaced on social media as one of the seven suspects arrested following a Polokwane cash-in-transit robbery that the penny dropped.

Collen Hlongwane was arrested on 28 May in connection with the robbery.

At the time the robbers made off with an undisclosed amount of money after firing several shots and blowing up the vehicle.

In response, many took to social media and posted his images, lashing his way of living.

“The suspects, including Hlongwane, appeared in the Polokwane Magistrates Court on 30 May. The matter was postponed to Tuesday. They were kept in custody,” said Maluleke. The Hawks are still investigating. At this stage, we cannot state the role of the suspect in the heist.”