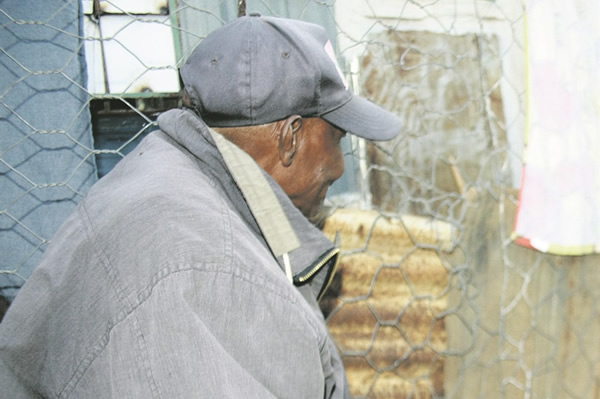 He believes his appetite for sex is a curse. And now the 68-year-old madala is pleading for help. His love of prostitutes is ruining his marriage.

“It’s terrible!” said the madala from Bochabela, Mangaung in the Free State.

His 53-year-old wife said she knows about her husband’s bad behaviour. While she certainly doesn’t approve of it, she allows it and she won’t change her mind. They don’t sleep in the same bed and he must keep his hands to himself.

“He has the energy of an 18-year-old. I can’t keep up with him. All he wants to do is sex! I let him go out and sleep wherever he wants to go” she said.

She said they haven’t shared a bed for seven years.

“I’m also worried that he isn’t practising safe sex with his side chicks.”

Thabo said most of his friends can’t perform in bed anymore.

“I don’t take pills or use any muthi to boost my performance. My friends want to be like me,” he said.

But while his friends think he is lucky, he believes he is cursed.

“I’ve been struggling with this problem for seven years,” he said.

The madala and his wife are both retired. They live in the same house as their children and are supported by them.

“If I have money, all I can think about is buying a prostitute,” said the madala.

He said he uses a condom but he is still scared of sexually transmitted diseases.

“I know it is wrong but I can’t control myself. I sometimes buy three women a day to take my mind off poking when I get home. A sangoma told me someone cursed me but why would someone curse a man of my age?,” he said.

He said he has two adult children.

“I’m also a member of a church and I don’t want them to know about my problem. I am worried they will reject me.”

Sangoma Mamoya Rakauoane said: “He needs to be cleansed by a strong sangoma for his addiction to go away. I believe the man is possessed by a sex demon.”