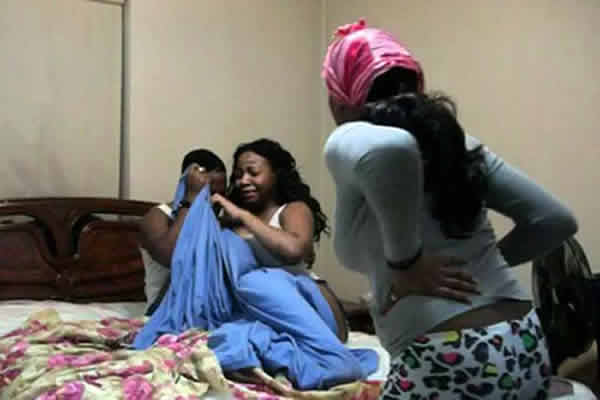 Coronavirus have brought along with it great suffering, deaths, economic meltdown and social fabric decay, the virus has also deprived some, of their most loved and sweet intimacy.

HE LOCKDOWN was going to be tough, but Nomsa decided she would make the best of it.

She imagined it would be like an extended honeymoon with body massages, cuddling and bonding with her loving husband.But reality struck when Nomsa Mthethwa (32) found out she was going to spend the loneliest three weeks of her life during the lockdown.


Nomsa Mthethwa revealed she misses her husband's touch and kisses, not because of the social distancing which encourages people to be more than one meter away from each other.

Her husband was caught by the lockdown while in a girlfriend's house and will only be able to come back home when it is over.

The husband left home Tsakane Ekurhuleni for KwaZulu-Natal expecting to come back the next day, but failed to do so because of the lockdown, which came into effect that very day.

When she tried to phone him, her call was picked by another woman Nompumelelo Mkhize who told Nomsa not to bother her boyfriend. The two exchanged angry words.

"He treated me well and our marriage was fine. We had problems like any other couple, but nothing too serious. One day I looked at his phone, he was flirting with another woman. I confronted him and he said he met her at KZN while he was visiting his mother," she said.

Her husband left her stranded when he left for KZN. A local publication Daily Sun tried to phone him, but the call was picked by Nompumelelo who told the paper to tell Nomsa to go hang, adding that her husband will only return after the lockdown.

"She knows I am dating her husband, but there is nothing she can do to separate us. If she continues to behave like this, she will lose him for good. I spoke to her woman to woman and told her to stop being greedy. There are more women than men,"she said.

She went on to say that Nomsa shouldn't complain much, because it is her who spends more time with him. She also claimed that Nomsa gets more than three quarter of his salary while she gets just one quarter.