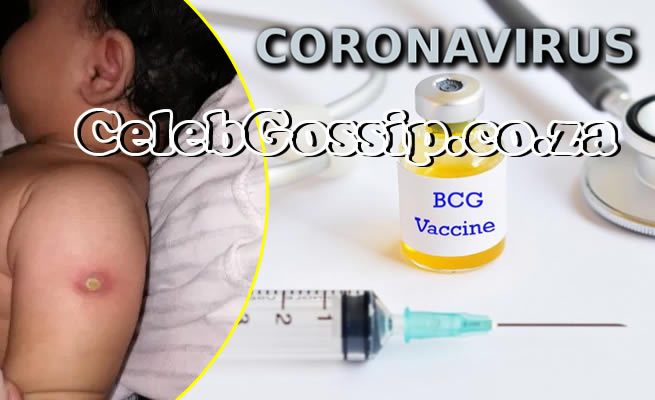 Researchers globally are looking into whether getting the BCG vaccine may confer heightened resistance against both contracting and/or suffering the worst effects of the coronavirus.

A US research paper that analysed why the mortality rates for Covid-19 appear to differ so widely from country to country last week found what appears to be a fascinating link to a century-old vaccine against tuberculosis (TB), BCG.

If its conclusions prove to be true, that might be good news for South Africa, as it would suggest the country might end up being hit far less severely than those currently making headlines for all the wrong reasons.


Researchers from the department of biomedical sciences at the New York Institute of Technology (NYIT) found that countries where BCG vaccination is not mandatory – including the US, Italy, the Netherlands and Spain – have been suffering far more heavily from Covid-19 than others such as Japan and South Korea, where policies of BCG vaccination have been in place for decades.

South Africa is among the world’s countries with a strong vaccination protocol for BCG, and has been administering the BCG vaccine since 1973. BCG (which stands for bacille Calmette-Guerin) is used in many countries with a high prevalence of TB to prevent childhood tuberculous meningitis and miliary disease (a form of TB).

The vaccine was first developed in France about 100 years ago.

The World Health Organisation (WHO) estimates that BCG coverage in South Africa has been at between 80% and 90% in most years since 1973.

The organisation further advises caution, however, as clinical trials will be needed to establish any positive Covid-19 link. But a proper vaccine could take another 18 months to develop and it will take far less time to determine whether the already available BCG vaccine offers some protection against the more severe effects of Covid-19.

The NYIT study’s authors have said: “Covid-19 has spread to most countries in the world. Puzzlingly, the impact of the disease is different in different countries. These differences are attributed to differences in cultural norms, mitigation efforts, and health infrastructure.

“Here we propose that national differences in Covid-19 impact could be partially explained by the different national policies with respect to BCG childhood vaccination.

“Countries that have a late start of universal BCG policy (Iran, 1984) had high mortality, consistent with the idea that BCG protects the vaccinated elderly population. We also found that BCG vaccination also reduced the number of reported Covid-19 cases in a country. The combination of reduced morbidity and mortality makes BCG vaccination a potential new tool in the fight against Covid-19.”

A series of clinical trials will be run in at least two countries over the next few months to answer the question of whether the vaccine can “train” our immune systems to respond to an assortment of infections, including the deadly coronavirus, along with bacteria and parasites.

It’s already known, however, that the vaccine does more than just protect against TB and reduces the risk of respiratory infections in general.

The NYIT study further says: “Consistent with a role of BCG in slowing [the] spread of Covid-19, middle-high and high-income countries that never had a universal BCG policy (5 countries) had about 4 times the number of cases per million inhabitants.”