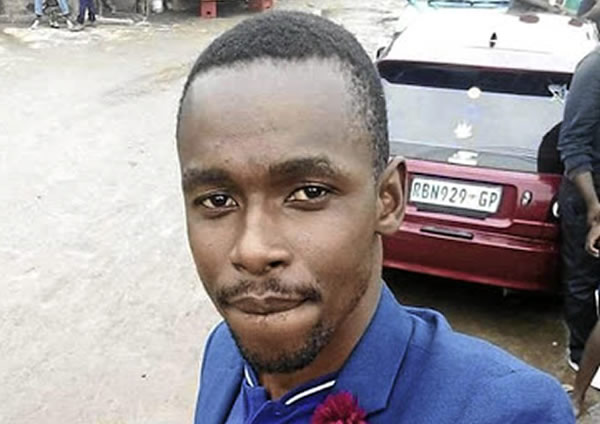 A man who was arrested for allegedly failing to self-isolate in Gauteng and instead travelled to Limpopo two weeks ago, has recovered from Covid19 and is seeking legal advice.

Bongani Ngobeni from Nkambako village in N’wamitwa, outside Tzaneen, yesterday denied that he was informed of his status before travelling home, saying “malicious allegations” were made against him.

Ngobeni was forced into quarantine by the Limpopo department of health two weeks ago after it emerged that he had tested positive and travelled to the province.

Ngobeni was tested again last week and the results came back negative on Friday.

Ngobeni yesterday told Sowetan that he was worried that the country now knew him as “a selfish person who is above the law” and said that was not the case.

“I just want to set the record straight that I was never informed of Covid-19 positive results and besides, I wouldn’t have gotten a chance to travel because I was going to be quarantined. I’m still weighing my options, including seeking legal advice to clear my name,” he said.

“I was never arrested because it was my relative who called the department of health and police to meet us at a nearby garage as the clinic was not equipped to deal with the virus test. Police came, but I was not charged for anything,” Ngobeni said.

MEC for health Phophi Ramathuba said Ngobeni’s results came out positive and tracer teams in Gauteng struggled to locate him until he was found in Limpopo.

Ngobeni said since he was informed about his status, he told his family members to stay far away from him and even went to a private clinic.

“I wanted to be sure when I went to the clinic because I did not show any symptoms. I still feel the same way I was before the quarantine,” he said.

Ngobeni told Sowetan that it was only when he had travelled to Limpopo that he received a call from his employer, telling him that he had tested positive for Covid-19.

“We did our Covid-19 test on March 18 at our workplace and on the 26th, I travelled home in a bakkie, alone. The following day, I got a call from my employer that my results came out positive,” he said.

“My family has been very supportive. My neighbours as well. Also, I didn’t travel in a taxi when I came back home, I was driving,” he said, dismissing allegations that he may have put the lives of other passengers at risk.

Department of health spokesperson Neil Shikwambana confirmed that Ngobeni has been discharged.

NPA spokesperson Mashudu Malabi-Ndzingi said Ngobeni was not brought to court and the NPA did not have a Covid-19 case in Ritavi.

Shikwambana said the department intends making Ngobeni an ambassador for Covid-19 in the province, particularly on the importance and the benefits of isolation after testing positive. Ngobeni said he would not comment as he had not been approached by the department on this.