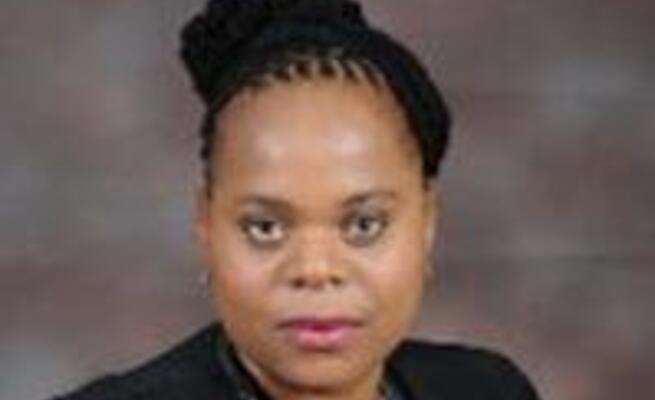 While the country was enjoying the relaxing of certain restrictions during the first week of the lockdown, it appears the Limpopo government is enforcing strict measures to rid the province of the coronavirus.

A contingent of police and masked officials arrived at the homes of two doctors who had tested positive for the virus to haul them off to a MDR-TB hospital in Modimolle for quarantine. This was by order of Limpopo health MEC Phophi Ramathuba, who obtained a court order.

In a video taken by one of the doctors, they had the bottom of their shoes sprayed with sanitiser before entering the facility to be locked up in a hospital room.

“Locked in a room like a criminal in a prison cell,” the doctor is heard saying in the video.

The two doctors, who work in Mpumalanga but live in Limpopo, were asymptomatic and had self-isolated at their homes, as endorsed by government.

But Ramathuba insisted they must be placed in quarantine at the hospital.

She allegedly also accused them of bringing the virus to the people of the province.

The doctors were told they should have stayed where they were at the time, South African Medical Association (Sama) chairwoman Dr Angelique Coetzee wrote in a letter to the MEC.

“You informed the doctors that since they don’t work for the Limpopo provincial health department, they should go back to where they are employed.

“They were further told they can self-isolate anywhere they want, just not in Limpopo.”

But the MEC’s spokesperson, Thilivhali Muavha, said that was untrue and that the departments of the two provinces were working on handling the issue.

“We find it extremely petty for Sama to utilise uncorroborated innuendos attributed to the MEC to attack the person of the MEC.

“At no point did the MEC tell the doctors to go back to Mpumalanga,” Muavha said.

The department had turned to the courts for an order after the doctors refused to be taken to a quarantine facility, he added.

The department had decided to contain the spread of the virus before it reached intensive care units and hospital wards by screening, testing, quarantining and isolating people if necessary, Muavha said.

If they can treat doctors like this, how will they be treating South Africans who test positive?

After testing positive, the two doctors allowed their domestic worker to go back to the informal settlement, where she lives with her nine-year-old child, to self-quarantine, Muavha explained.

“Of much concern to us as the department is that medical doctors, who are supposed to be leaders in the fight against Covid-19, are noncooperative to the extent that they even exposed their community to a possible super spreader,” he said.

But Sama lawyers expressed concern in court yesterday about the powers given by national government to ministers and MECs since the lockdown began, Coetzee said.

The case was postponed until Monday.

Forcing asymptomatic Covid-19 patients into quarantine at a hospital was only stigmatising the widely promoted method of self-isolation as an inappropriate process.

“If government says something and all of a sudden MECs decide on what they should do, then why have guidelines?

“Then, each province can have their own guidelines and there’ll be guidelines from national government and we will end up with 10 different guidelines.

“How confusing will that be? “If they can treat doctors like this, how will they be treating South Africans who test positive?” said Coetzee