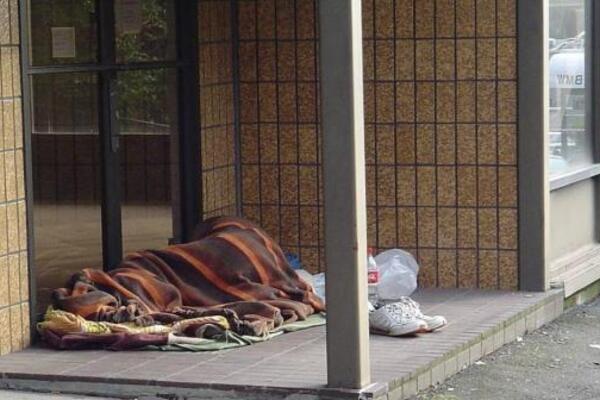 Gauteng public schools refuse to open boarding facilities to people during coronavirus crisis, saying they feared they might refuse to move out after the 21-day lockdown

About 30 public schools in Gauteng refused to allow homeless people to be housed in their premises for the duration of the lockdown as they were concerned that the vagrants might refuse to leave.

The schools were identified as facilities that could accommodate homeless people during the national lockdown to stop the spread of coronavirus.


But the refusal by school governing bodies irked Gauteng education MEC Panyaza Lesufi who vented on Twitter yesterday saying it was a “shame that we’ve to place fellow South Africans in tents while public assets like boarding schools are standing empty because self-centred SGBs are refusing to open up schools to accommodate our people”.

“Is it because homeless people are ‘half human beings’?

“It’s so unfortunate, selfish, cowardice (sic), unpatriotic and it demonstrates that this institution (Fedsas) still has a long way to be part of Ubuntu of our country because when something of this nature happens what you do is to accommodate victims first and complain later, unfortunately the opposite is true here,” Lesufi said.

The Federation of Associations of Governing Bodies of South African Schools said it could not allow the homeless to be housed at unused boarding schools because they feared that they would have to approach courts afterwards to evict the homeless people.

The federation said it didn’t want a repeat what transpired in Cape Town with foreign nationals refusing to leave the precincts of the Methodist Church where they were temporarily housed earlier this year.

Fedsas sent out a memo to 30 of its members alerting them that the SA Schools Act empowered them to occupy a public school premises as long as the school still existed.

Fedsas also told Sowetan that it was not properly consulted.

Lesufi said last night that they approached the 30 schools as they had ready boarding facilities as the province had been dealing with a large number of people that needed to be housed.

However, the schools referred Lesufi to Fedsas which sent a letter saying the law gives SGBs powers to refuse such a request.

“We believe it’s not true, but it meant we had to go court, pay lawyers but the people needed accommodation immediately we felt let’s just find another alternative,” Lesufi said.

Fedsas CEO Paul Colditz said they were not being insensitive to the crisis faced by the country or the homeless, but were looking after the interests of the pupils.

“Gauteng education MEC Panyaza Lesufi is misrepresenting what we said.

“After the homeless people have been accommodated at schools, how do we make sure that they leave after the lockdown and we don’t have the Cape Town situation… no one said anything about proper arrangements of sanitising the hostels and there are also costs to be taken care of,” Colditz said.

“As the school governing bodies we are obliged to control school properties and ensure the wellbeing and safety of schoolchildren.”

At the weekend, Gauteng Premier David Makhura and Lesufi, who is the acting social development MEC, visited the overcrowded Caledonian Stadium temporary shelter which had houses around 2,000 homeless people in Pretoria and promised to make available school infrastructure to accommodate others.