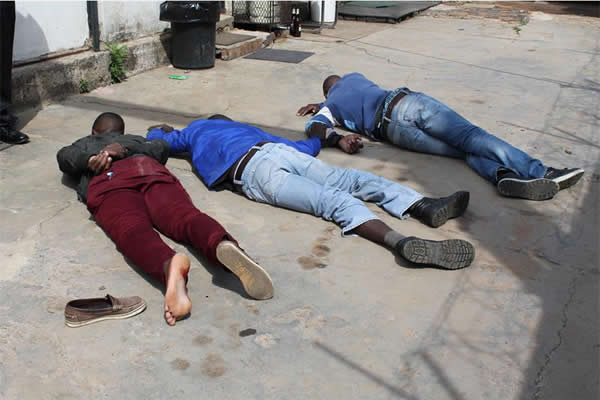 While many South Africans stayed at home at the weekend, thieves stole alcohol worth R9,000 from a locked-up Cape Town bar.

It seems the threat of Covid-19 is not enough to keep criminals at home: delinquents also broke into a fishery and a baby store in Cape Town's city centre.

The Cape Town Central Improvement District (CCID) said on Tuesday that 16 suspects had been arrested since the weekend. Bob’s Bar, Harrington’s, Revelas Fisheries and Liny’s Baby shop were hit during the crime spree.

“In the biggest arrest, which took place on Sunday at 10.35am, seven suspects were arrested for breaking into Liny’s Baby Shop on the corner of Plein and Strand streets near Cape Town station,” said Hendricks.

“Three suspects were also arrested on Sunday for breaking into Revelas Fisheries in Long Street, with another two arrested for a house break-in on the corner of Buitengracht and Wale streets.”

Martinus Jenkins, the CCID’s public safety officer, said the “most dramatic arrest took place on Saturday when three suspects were spotted … inside the alley next to Bob’s Bar in Constitution Street.