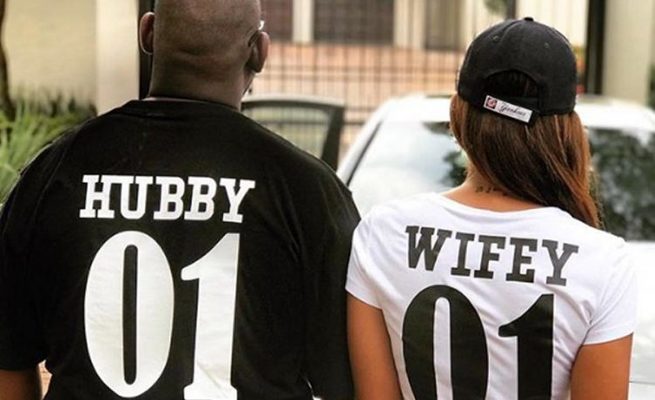 As the world is trying to contain the coronavirus (COVID-19) many precautions have been activated in trying to manage and keep it from spreading, meanwhile one of the measure that has been put in place is the banning of gatherings including weddings.

Apparently, the love to exchange vows has lead a KwaZulu Natal couple in serious trouble after the weds were arrested at their wedding for defying a traditional leader’s directive not to go ahead with the event, as they were in contravention of the Covid-19 regulations.

Inkosi Bhekizwe Biyela of Mahlaziyeni, in Nkandla, pointed out that he had warned the couple that their intended move was against the National Disaster Management Act restricting gatherings during the 21-day lockdown. However, the lovebirds overwelmed by the zeal to exchange kisses and say 'I do' went ahead with their wedding.


It is believed the couple, Jabulani Zulu, 48, and Nomthandazo Mkhize, 38, were arrested moments after they had taken their vows on Saturday. Biyela who personally called the police, said as a traditional leader, he acted in the confines of the law and for the best interest of the community and country at large by stopping a gathering at the time the country is under lockdown.

“Failure to act, will make us killers, just like the virus. It is surprising because he (the groom) is an educated person. He is a teacher at one of the local schools and he should be at the forefront of teaching others about this disease and yet he was the one behaving in this irresponsible manner,” Biyela said.

The traditional leader said the call by President Cyril Ramaphosa was cascaded down to the all the community readers; “When the president announced the lockdown, I issued a directive to all our headmen that they should inform our community members that all planned events could no longer go ahead," he said.

As his duty to safeguard citizens he acted accordingly. "When I heard that this couple were going ahead with their plans, I decided to call the local station commander. They were endangering a lot of lives. This wedding was in the rural area. Here people do not need an invite, they just show up,” he added.

He accused the couple of negligence. “This couple could have started something that we could not stop. We watch the news daily where people are dying of this virus. But, this couple chose to ignore the reality of this sickness,” he added.

Biyela said traditional leaders have a moral and social obligation to help the government in protecting citizens. He pointed out how he personally engaged the couple before their wedding, warning them not to proceed with the event, however they paid deaf ears.

“I told him to postpone the wedding because that joyous moment could have been followed by tears if the couple or any of their guests got infected with the virus during the ceremony. But there always seem to be those kinds of people who never heed warnings and do whatever they like,” he said.

The headman, Ngwebela Biyela, said he too had warned the couple.

“I went to them personally and spoke with them. I told them that they could not have a wedding during this time because gatherings were prohibited and they could not slaughter an animal. However, they defied the instruction and went ahead with the wedding,” he said.

“When I consulted with the Chief in our community, I learnt that they also didn’t have a letter from the Inkosi’s office authorising the ceremony to take place,” he added. Efforts to get a comment from the KwaZulu-Natal police were fruitless.

Police Minister Bheki Cele, speaking during a visit to the province on Monday, said police had made 1108 arrests across the country over the weekend. All arrests were due to people contravening the regulations imposed under the nationwide lockdown to curb the spread of Covid-19 in the country.