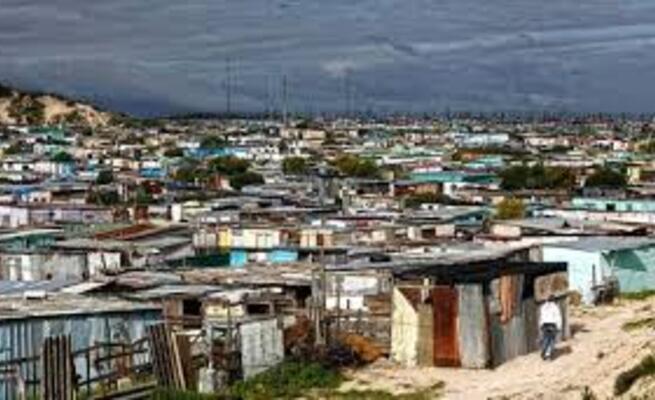 Khayelitsha residents are growing increasingly restless following the detection of the first Covid-19 case in the Cape Town township, with some allegedly threatening "to drive out" the first patient from the community if she is released from hospital.

On Sunday, the country’s second-biggest township became the first township in the Western Cape to confirm a Covid-19 infection, raising fears among public health specialists that the virus transmission could become unmanageable.

Confirmed cases of Covid-19 in the province increased to 310 on Sunday, with five cases in Mitchells Plain and one in Khayelitsha.

Premier Alan Winde said the province had seen an increase in the number of residents admitted to hospital as a result of the virus, "with 14 currently hospitalised, three of these in intensive care".

Ndibongo Mzanywa, chairperson of Khayelitsha Health Forum, said on Monday the oversight body was busy “trying to quell the growing agitation as some people are threatening to take matters into their own hands if she is allowed back to the township”.

Some residents have raised concerns that the Covid-19 patient had been isolated in the Khayelitsha District Hospital, which has many immune-compromised patients, including those with HIV, tuberculosis and non-communicable diseases. They want the patient to be isolated in Tygerberg Hospital, the province’s Covid-19 centre.

“It’s a bit of a scary situation, with some viewing coronavirus as some form of the biblical leprosy. We’ve received reports that residents have threatened her landlord to evict her immediately or have her shack and belongings disinfected – or else they may take matters into their own hands, as they fear that the virus may spread to their families,” he said.

It was rumoured that the patient is an employee of the Covid-19 patient who died in Cape Town on Friday.

While the forum has called for calm in that township, Mzanywa said living conditions in Khayelitsha – particularly the close proximity of households, overcrowding and poor sanitation – were “worrying”.

While the country is currently under 21-day lockdown, Mzanywa said people in Khayelitsha are not really staying indoors.

“There has been a lot of misconceptions that the disease affects the rich who fly around the world. While there is truth to that, the latest Covid-19 case shows us that it’s no longer the disease of the rich," he said.

Bianca Capazorio, spokesperson for the premier, said the patient and close contacts had been moved to an isolation space.

"We understand that many residents of Khayelitsha may be worried or afraid following yesterday's announcement that the virus has reached their community," she said.

"Our contact tracing teams have already conducted follow-up and screenings of close contacts and have also done community screenings."

Public health expert and UCT professor of pulmonology Keertan Dheda said the latest reports of Covid-19 infection in areas like Khayelitsha and Mitchells Plain highlights that the deadly virus "has now spread more extensively and that transmission is occurring".

"It underscores the need to take the advised precautions – including those of social distancing, personal protection and personal hygiene – very seriously,” he said.

The fact that cases are now occurring in poorer suburbs could mean that the virus was acquired from those who returned from overseas travel or from their immediate contacts, or is indicative of a secondary spread.

While measures such as self-isolation had proven to be effective in curbing the spread of the virus, Dheda said practising self-isolation in townships could prove challenging.

"Many people share toilets and it’s impossible for several people to sit for long periods in an informal dwelling as it becomes very hot. Many do not have their own bathrooms. There are also limited recreational opportunities at home, including a garden and access to bandwidth, electronic media and television." he said.

"In some cases it may boil down to lack of communication and understanding about the implications of Covid‑19 and the nature of the illness."

Equally concerning is the fact that the majority of people in SA still go around public areas without covering their mouth or nose.

Dheda said many in Asian countries had been encouraged to wear things such as scarves over their mouth, not necessary masks, to protect themselves from the virus, which is spread through respiratory droplets.

Research has shown that the virus may be transmitted even when individuals show no symptoms, or after symptoms of the illness resolve.

“Thus it may be too late to identify people through testing – by then the horse has already bolted. This is why cough etiquette and covering the nose and mouth with a mask or improvised homemade barrier to aerosol transmission, like a scarf or part of a t-shirt, has been advocated in many Asian countries,” added Dheda.

Dr Eric Goemaere from MSF said it was clear that Covid-19 was going to test the capacity of the health system.

"From our interactions it is very clear that the department of health is eager to apply the lessons from Covid-19 responses elsewhere and to learn from what organisations and health authorities have developed in response to other epidemics. This is the kind of approach that will collectively help turn the tide at a time like this," he said.

Nomvuzo Mabele, a resident of Khayelitsha's Site C who is a few weeks' pregnant, said she is one of many anxious residents following the confirmation of the first Covid-19 case.

“It’s a scary situation, especially for me as I fall in the vulnerable group. At home we’ve been trying our best to self-isolate during the lockdown, but with all my neighbours out and about, I ask myself if it’s even worth self-isolating. We use public toilets and communal taps, where we end up mixing with those who are not really observing lockdown,” she said.

“People believe that they are invincible [to] the disease. They say it’s white people’s disease [or for] those who fly, so why should they be worried or stay indoors?

“I worry how things will be looking in the next few week in Khayelitsha – and if I will survive this infection.”

Capazorio added that in an effort to spread information about Covid-19, the provincial government has been running a communication campaign for several weeks through radio campaigns and social media messaging, and had sent over six million SMSes.