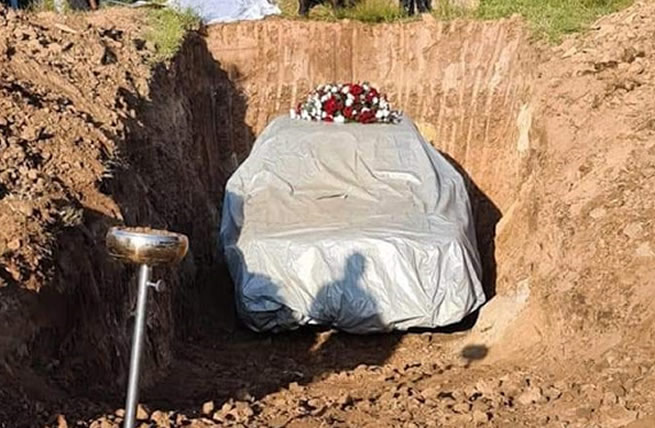 It was apparently the deceased’s final wish to take his ride with him to the next life.
South Africans have been left surprised by pictures on social media showing an elderly man being buried in his car in the Eastern Cape on Saturday.

Unconfirmed reports claim the deceased was one of United Democratic Movement’s (UDM) leaders, Tshekede Bufton Pitso, whose funeral Bantu Holomisa would have attended had it not been for his coronavirus test.

Holomisa took to social media to send his condolences to the man.

He wrote: “Passing of Tshekede Bufton Pitso of Sterkspruit. My condolences to the family, relatives, friends and UDM members. We thank Pitso for everything he did for the UDM. I was on my way to his funeral but Rev Meshoe’s #CoronavirusTest results yesterday changed everything.”

The man apparently asked to be buried in his car, and pictures and a video shared on social media showed his family respected his final wishes.

While social media users were shocked by the burial, they questioned the depth of the grave and the safety of the car, calling on the family to protect the car from thieves at all times.