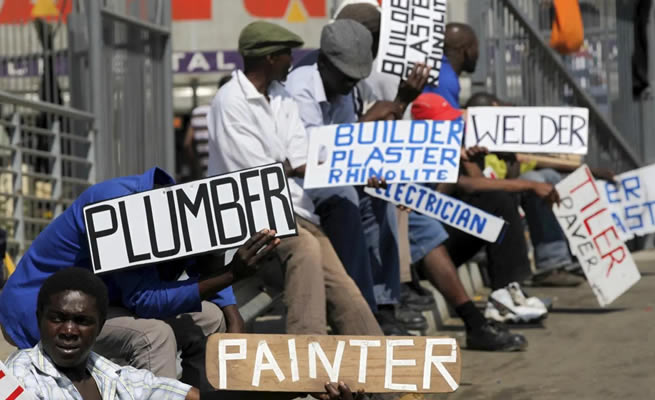 As many as 1 million South Africans could lose their jobs due to the COVID-19 coronavirus outbreak, according to a report from Rapport.

Financial experts have warned that the local economy will be heavily hit by the long-term effects of the virus.

Chief economist at Old Mutual Johann Els estimated that the country’s economy could shrink by 2%, while major auditing firm PwC predicted a 1.5% contraction.

DA spokesperson of finance, Geordin Hill-Lewis, said that 1 million jobs could be lost because of a recession, which is now imminent.

He told Rapport that he is inundated with calls from small and medium enterprises that state that they would only be able to operate for two more weeks.

The tourism industry will suffer in particular. The latest figures from Statistics South Africa noted that over 300,000 international tourists visit the country by airport alone each year.

According to job search engine Adzuna, South Africa saw a decline of 14% in job postings in the travel industry from 1 March.

In countries like the UK, vacancies dropped by 58% in the past two weeks alone, with several airlines cutting flights in response to the outbreak.

Locally, SAA announced on Friday that it is shutting down all international and regional routes until 31 May 2020.

“SAA will immediately suspend all regional and international operations until the end of May in response to a government travel ban aimed at stopping the transmission of the coronavirus,” the carrier said.

This means that only its flights between Johannesburg and Cape Town will be operational.

ADDING TO AN EXISTING PROBLEM

On a global level, the United Nations’ International Labour Organization said the coronavirus pandemic could cost 24.7 million jobs in a worst-case scenario.

Adzuna showed there was already a big decline in job listings across the world, particularly in countries with lockdowns – such as Italy.

South African job postings have fall by 7.3% since 1 March. This could worsen if more drastic restriction measures are implemented.

Reduced employment opportunities could weigh heavily on South Africa’s economy, given the fact that the country already suffers from a 29.1% unemployment rate.