THE coronavirus was predicted about 12 years ago!

The prediction was made by American author Sylvia Browne, who claimed to have psychic abilities. 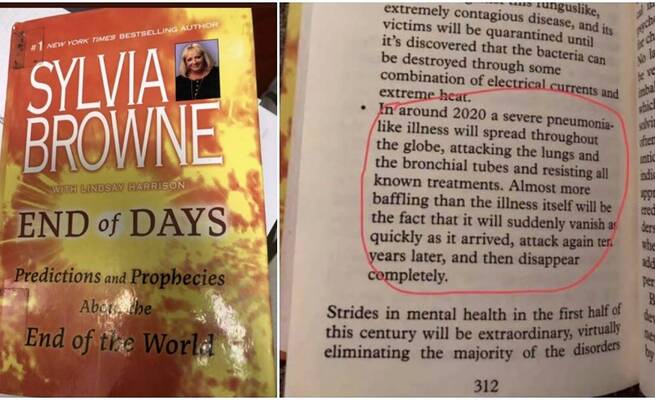 In her book titled End of Days, Sylvia wrote: “In around 2020, a severe pneumonia-like illness will spread throughout the globe, attacking the lungs and the bronchial tubes and resisting all known treatments. Almost more baffling than the illness itself will be the fact that it will suddenly vanish as quickly as it arrived, attack again 10 years later and then disappear completely.”

However, Mzansi had its own predictions, which were made late last year by prophet Paseka “Mboro” Motsoeneng of Incredible Happenings Ministries.

He prophesied there would be an outbreak in 2020 and it would create chaos around the world.

He said there would also be natural disasters and incurable diseases.

“God said even illnesses that are hiding in the plight this year will just pop up, hit people and kill them very quickly,” he told Daily Sun yesterday.

Mboro said last year, God showed him this and he prayed about it.

“It could have been worse in Mzansi had we not prayed. We need to intensify prayers so that we defeat this,” he said.

Mboro said they have arranged a prayer meeting at his church this coming Sunday. “We want pastors from different churches to join the prayer. We also want government to be part of it. We want to put an end to this,” he said.