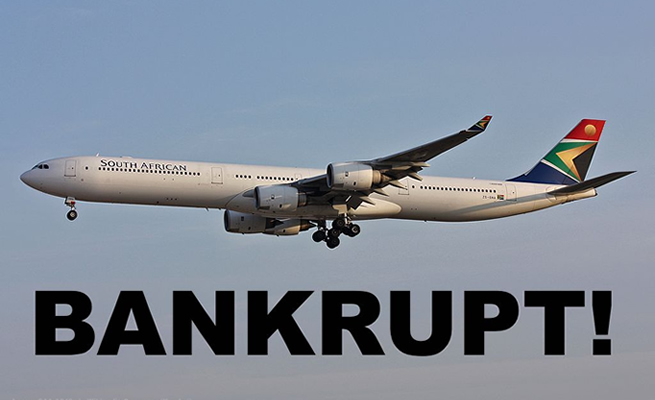 South African Airways has begun the process of consultation that will affect all 4 708 the airline's employees, the business rescue practitioners announced on Monday.

The joint BRPs said in a statement on Monday afternoon that SAA had issued a notice advising its employees of the intention to begin imminent consultations in terms of Section 189 of the Labour Relations Act.


"Our intention has always been to preserve as many jobs as possible through this process while still focusing on having a sustainable airline and platform for growth," the joint business rescue practitioners said.

SAA has experienced cumulated losses of some R26 billion over the past six years. Load factors on the airline have declined steadily from August 2019 to a low of 71% in January 2020. Forward sales have also declined significantly with all markets showing negative or minimal growth, within a very competitive market. The recent marked decline in travel due to the coronavirus will further exacerbate matters, the BRPs expect.The restructure will affect 4 708 jobs, the BRPs said.

The process will affect SAA and not subsidiaries Mango, SAA Technical and Airchefs.

The BRPs say that the impact of the events that have occurred in the past few months which include the lack of funding, the grounding of SAA aircraft by the SA Civil Aviation Authority in October 2019, the eight-day strike in November 2019 followed by SAA being placed under Business Rescue in December 2019, and the subsequent temporary withdrawal of travel supplier insolvency cover, which was reinstated in February 2020, all had a significant negative impact on SAA's Revenue.

The overall result has seen a decline of R1.3 billion in revenue with a cost base that remains more or less flat.

However, the BRPs added that the process was still open to consultation.

"We must emphasise that no final decisions have yet been taken, nor will any final decisions be taken until we have exhausted consultation and hopefully reached agreement," said the BRPs