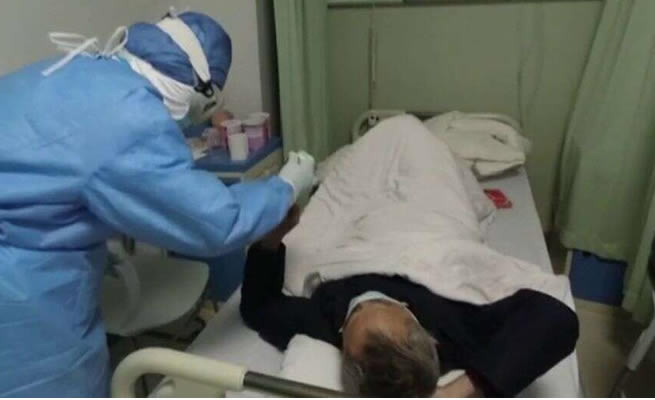 The health ministry has confirmed that four more people have tested positive for the coronavirus.

Health Minister Zweli Mkhize announced on Monday that four more people who were part of the a group of 10 travellers who recently returned to South Africa from Italy – the same group from which South Africa's first three coronavirus patients came – have tested positive.


All are currently in quarantine.

Mkhize said these results were not surprising.

This brings to seven the number of people who have been diagnosed with the deadly virus in the country – all linked to the same travel group.

"At least we know the people involved," Mkhize said.

"The people who are getting infected had been to countries other than China which means we need to be more vigilant," he added.

He said another case in the North West had caused concern, as preliminary results had been unclear. Results have since determined that the patients tested negative for the virus.

These include a 30-year-old male and a female from KwaZulu-Natal.

The female arrived in the country already displaying symptoms while her partner did not. Currently, both of them have tested positive and are in quarantine, but are not hospitalised.

“Once the person becomes positive, we then test the contacts and when the contacts are positive we treat each one as the centre of the circle.We will test each one’s contacts until we can get to a point where we break the circle of positive results. We will then stop following that particular lead and then we will follow those where the results become positive,” the minister said.

South Africa's first coronavirus patient was a 38-year-old Hilton businessman who was part of the Italy travel group.

A 39-year-old woman from Gauteng, who was also part of the group, later tested positive, Mkhize had said on Saturday.

On the same day, the ministry announced that the wife of the first coronavirus patient had also tested positive.

There is also a teacher in Gauteng who has had to self-isolate today after having been tested for symptoms of the disease. If the results come back positive, the educator would be the first person outside of the Italian tour group to contract the coronavirus in South Africa – but who is understood to have “come into contact” with one of the travellers.

The patients are deemed fit enough to take care of themselves in self-isolation, as is the case with the first three patients who contracted the disease – or at least showed symptoms for it – before this Monday. Furthermore:

– The number of coronavirus cases in South Africa could rise, as the other three from the ill-fated Italy trip are still waiting for their test results.
– Including Italy, there are still “several areas of concern” relating to those travelling to and from high-risk areas.
– Elsewhere, the evacuation of South African citizens from Wuhan is still underway.

Mkhize: We are on course to track all those who been in contact with the group, including those who with them in flight. We are confident that we’ll break the cycle

Mkhize reassured South Africans that the department is still on course and are quite comfortable that this is a limited situation.

“Another thing that would be of importance now is to see that the people who are getting infected are having an experience of having been to countries other than China, which means we need to be more vigilant because infection could come from any other aircraft.

“It could come from any airline and what we have to start watching is that the infection will at some point become a local transmission, which means beyond the one person, our people locally are the ones that are transmitting the infection. That situation is what we are watching out for and therefore we will continue to test all of these contacts. As soon as we see you are a contact to be tested, we recommend you to be quarantined and then we will look at the circumstances of the individuals.

“More people have been tested, but there are no results yet,” Mkhize said.

National Government is also following up with everyone who has come into contact with those who tested positive.