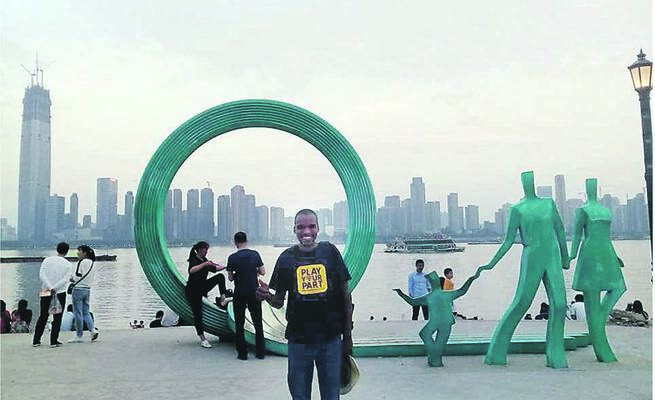 Some South Africans won’t be returning with their compatriots, citing unemployment, poor healthcare and power crises in SA among their reasons for staying put

Unemployment, load shedding, South Africa’s ailing public healthcare system and the country’s questionable readiness to deal with a large-scale outbreak of the coronavirus are just some of the reasons a defiant group of South African citizens are staying in China.

Media reports have highlighted the desperation of their compatriots living in Wuhan who want to come home, along with the mounting concern expressed by their families in South Africa over their safety in China.

But this group of South Africans has no intention of leaving.

As government maintained this week that everything was still on track to repatriate 184 South Africans from Wuhan, the epicentre of the coronavirus outbreak, those who had chosen to stay behind said that for them, the repatriation was “a little too late”.

Had government acted sooner, like other countries did, they too would be returning home, they said.

The National Joint Operational and Intelligence Structure (NatJoints), which is supporting the interministerial task team charged with coordinating the repatriation of the 184 nationals, said seven South Africans had chosen to stay in Wuhan.

This week, City Press spoke to three of them, who admitted that living and working in Wuhan over the past few months had been “an emotional roller coaster”.

But, they added, they were willing to ride it out.

“At the start of the outbreak, we wanted to return to South Africa, but this was more an emotive decision than anything else,” said 46-year-old Marsha*.

“We saw our colleagues from other countries being evacuated by their governments, and we were terrified.

“As time went on, though, we started forming groups on social media platforms to support each other, telling each other how we were doing, how we could help each other, and so on.

“Now we see this disease moving to other parts of the world. What is going on is scary. I am scared to come back. Also, the thought of being under heavy military restrictions on my return, and of not knowing where I will go after the quarantine period, is scary.

“I have had friends say to me: ‘Sorry, but you cannot come and stay with us after quarantine.’ That has also put me off coming back.”

Marsha, who has lived and worked as a teacher in Wuhan for two years, says the stark challenges South Africa is currently grappling with – such as load shedding – have also made her think twice about returning.

“My company has moved our work online, so I have to be constantly connected on Wi-Fi. I think about the load shedding that South Africans are experiencing and realise that this could jeopardise my work.

Some say that we will be bringing in disease

“I have also considered the healthcare system in China. The country has just built two state-of-the-art hospitals, and I have to wonder how ready South Africa is [to handle this crisis]. I do not want to leave my job; the pay is good and I am a breadwinner with two children to think about.”

The defiant three are also wary of the negative perceptions that some South Africans have about those returning from Wuhan.

“Some say that we will be bringing in disease,” they tell City Press, adding that this is another “big reason putting us off coming home”.

Jessica*, who works at a school and has been living in Wuhan for six years, said she felt scared when the city was placed under lockdown in January.

The 33-year-old said the first two weeks of that lockdown were “frightening”, especially when residents heard that the incubation period for the coronavirus outbreak was 14 days.

She anxiously waited over that fortnight to see if she had been infected.

After remaining in her flat and following strict hygiene practices, in accordance with government restrictions, Jessica found that her life began to take on a new rhythm, thanks in no small part to the company she works for.

“After three weeks, the company moved our activities online. We still have a normal work day; it’s just that it is online instead of me and my colleagues having to go to the work venue. So, I have decided to stay. While I am grateful for the opportunity offered to us by the South African government, I do think it is a bit late. We have been in this situation for six weeks now, and even those who have decided to go home have not left yet.

“Had it [the repatriation] been organised sooner, I would have definitely returned home. But I have colleagues from the US who were evacuated within the first week and the British citizens were moved within two weeks. Many of them got out. But the crisis is winding down here and I have reached a stage where I am comfortable with my decision [to stay] – and so is my family.”
I am staying here

Sibusiso Sgwane (35), a lecturer who has lived and worked in Wuhan for two years, said he was not about to “give up” on the “beautiful experience and vibrant city” he has come to love.

“I know things will get back to normal. The government here is working very hard [to contain the outbreak], so I am still optimistic.

“If I return to South Africa, I know I won’t get a job quickly. And to be honest, I don’t believe we can handle something of this magnitude. Here, there are the best hospitals and technology. All we need to do now is to wear our masks, stay away from the sick, wash our hands and follow basic hygiene standards.”

Questions have been asked about what will happen to those who are repatriated.

After leaving their jobs in Wuhan, they will be in South Africa indefinitely. For some nationals working there, this is not an option.

Asked if government would be liable to find the repatriated South Africans jobs, Popo Maja, spokesperson for the health ministry, said: “All our nationals who will be coming back have requested government to help them. No one is forced to come back. As a matter of fact, there are nationals who do not want to come back.”

Maja said government did not think it had acted too late in arranging for citizens to return to South Africa.

Meanwhile, NatJoints gave an update on the situation on Friday, saying the services needed to effect the repatriation were still being finalised.

This followed a Mail & Guardian report alleging that, despite the aircraft being ready to evacuate the citizens from China, SA National Defence Force staff were refusing to undertake the journey.

Clarifying the matter, Phumla Williams, acting director-general of the Government Communication and Information System, said: “Government maintains that the terms of reference for the provision of an aircraft for the repatriation includes trained crew members to assist the passengers. This is in line with civil aviation regulations, which require trained and registered crew members to assist the passengers on the plane.

“All services that are required for the repatriation are being finalised and the public will be informed accordingly. Government reiterates that all South Africans who will be repatriated are not sick and that the World Health Organisation’s protocols for the repatriation will be adhered to.

“Government calls upon citizens to remain calm and spread truths about the virus to overcome the global challenge of misinformation in the public domain. Every person must practise responsible behaviour to contain the spread of Covid-19,” she said.

Last week Health Minister Zweli Mkhize said the repatriation operation would happen within seven to 10 days and that once in the country, the citizens would be placed under quarantine at a facility for 21 days.

Those returning have undergone testing while in Wuhan and do not have the disease.