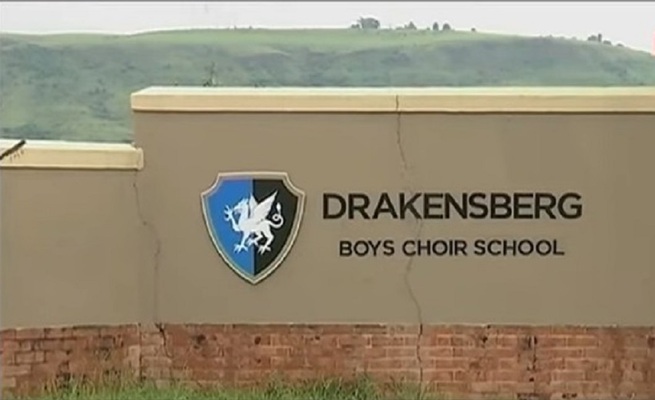 Only a seven days after the National Prosecuting Authority said that a former Drakensberg Boys’ Choir School student had been convicted of rape, another family has come out with claims that their son was also molested.

On Monday, eNCA reported that a 12-year-old son called his father in a panic after another classmate fondled him.

According to the report, the boys had been watching a movie and had created a 'Christmas bed' – whereby mattresses and beds are put in one area to make a large 'bed'.

The boy reportedly told his father that he had fallen asleep and woke up around midnight, only to find one of his peers with his hands in his pants fondling him.

The father told reporters that despite his son reporting the matter, he could not reach anyone at the school for most of the day.

When he contacted the school, he was told that everyone was well. The father later demanded to know why didn't the school open to him about the incident when his son reported it to the house-father and that why the matter wasn't reported to police.

Last week, The Mercury reported that a former pupil at the school was due to go on trial following the rape of a boy at the school in October 2018.

Police spokesperson Thembeka Mbele said a 13-year-old boy was sexually assaulted while at school and a 15-year-old suspect had been arrested and made several court appearances.

At the time, Drakensberg Boys’ Choir School executive headmaster Greg Brooks said the school had the matter under control and that they had full facts in their possession.

“The parents of the minor boys concerned were also informed of the details of the incident and that a formal disciplinary inquiry would be held.

"We are always mindful of the possible profound impact any such disciplinary action may have on a child, and in protecting these boys, who left the school over a year ago, must refrain from publishing any information relating to any transgression, disciplinary procedure or the outcome of any such internal proceedings,” he said.

National Prosecuting Authority spokesperson Natasha Kara said the boy was facing one count of rape, with the trial being set down for April 7 in the Estcourt Regional Court.