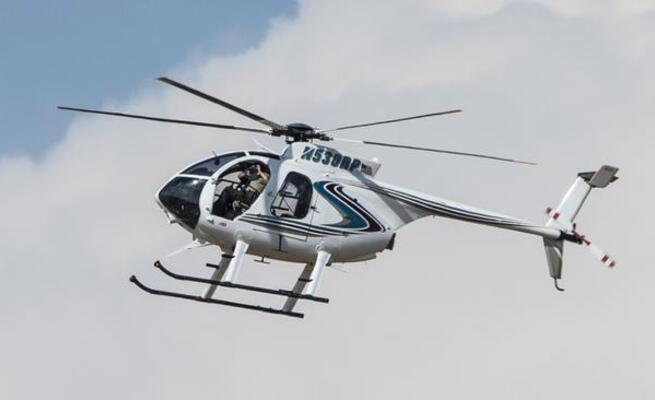 A University of North West student caused a stir at the university's Vaal campus, when he allegedly forgot his schoolbag at home – but his father did not drive in to deliver the item, it was delivered in a chopper.

Many of us can remember forgetting a school bag or project at home and having our poor annoyed parents navigating early morning traffic to quickly bring it to us. However, not all of us boast about our parents jumping into a helicopter, flying to school and dropping our schoolbag . Yet this is apparently what happened on Friday at North West University's Vaal campus.

According to @ItuhMokhele, who posted the video of the incident on Twitter, one of the students had forgotten his school bag then had it delivered to campus in a chopper. In the video he posted, a man can be seen walking towards a helicopter that landed on the university's parking lot.

So guy forgot his bag at home and Parents decided to bring the bag with a chopper at NWU. Shuu guys💯👏🙆 #KeaDrive #Sandton pic.twitter.com/GoH245J5yk

He just opens the door, takes his bags and casually walks away and the helicopter is seen taking off. The girls recording the video can be heard screaming hysterically by what is happening before their eyes. One even questions 'who is this guy?'

However, they were not the only ones who went crazy over that, others who saw the video on social media remarked just how lucky the young man was and that he was having nice life problems such as @sibo_mbathaa who wrote: I’ve seen rich but this…you guys are living life.

However @Cboo_Dollar on the other hand wrote: Only rich kids forget their bags at home. When you broke you pack those books the day bf so that you forget nothing. While it is not yet known indeed if the chopper was delivering a student's forgotten school bag, the university confirmed that it indeed landed on campus this past Friday.

"After watching the video I can confirm that the landing was on the NWU's campus in Vanderbijlpark. It was in an area in front of the student centre adjacent to the construction site of our new administration building. As far as we can establish it took place on 28 February. "At this stage we do not have any other information," said the university's Willie du Plessis. However, some people like @Modise_Mashita were however not convinced that the young man just happened to forget his schoolbag he planned this whole thing to show off. "I can bet you a helicopter he didn't forget that bag, this was the plan. Flex on them wena boy!"