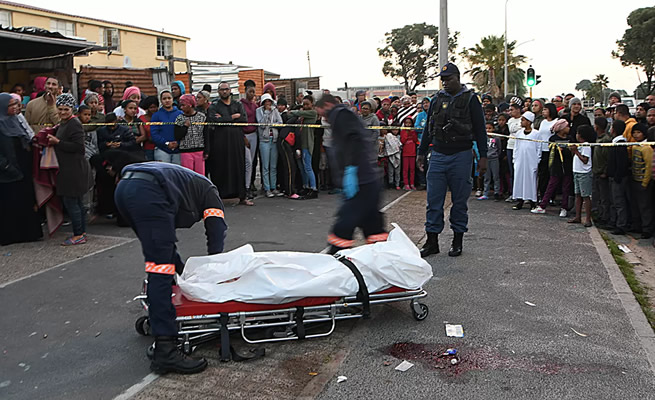 An intruder immediately met his ancestors and The Creator after being shot death at the Lesedi Secondary School east of Pretoria in the early hours of Monday morning.

Police spokesperson Sergeant Yeroboam Mbatsane told Pretoria East Record the man and two accomplices allegedly broke into one of the school's classrooms in an attempt to steal computers when they were intercepted by security.

According to information tweeted by Gauteng Education MEC Panyaza Lesufi, three suspects were spotted through the surveillance camera breaking into the administration block at the school.


They allegedly ransacked the offices and attempted to steal a number of items, including computers, screens and speakers. They were reportedly also spotted tampering with the alarm system.

Security officers were alerted by the alarm and saw the suspects jumping out of the office. Shots were fired and one of the suspects was killed.

"One suspect was shot and killed by a school security guard. He was shot twice and certified dead on the scene," Mbatsane reportedly said.

Mbatsane said nothing was taken and the two other men, one armed with a firearm, managed to get away.

"No arrests have been made," he reportedly said.

Police are investing cases of burglary and murder, Mabona said.