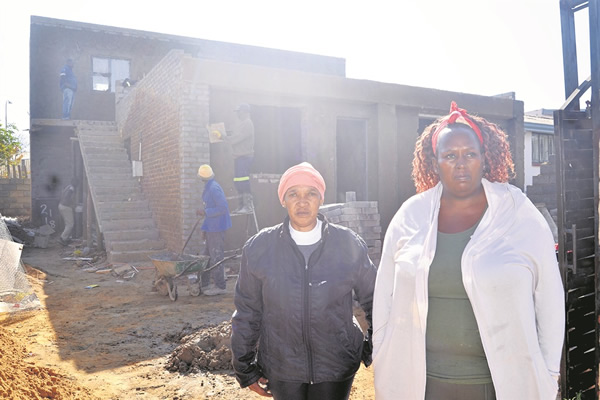 It's near impossible to get a four-roomed house in Soweto for under R100 000.

However, a family allegedly managed to get one for some beer!

The members of the family said they’ve tried and failed to get their family home in Meadowlands zone 9, Soweto back after a relative sold it for beer.

Angela said Joyce lived alone in the house after the family took her off the streets of Joburg.

“The house was empty after our gogo died because we all had other places to live, so we got Joyce to move in,” she said.

“We were surprised when we got a call from neighbours saying there were people building at our home.”

Joyce’s sister Lungile Wagter (65) said when they went to check what was going on, they were told the house now belonged to a new family.

“We asked for proof of sale documents but there was none,” she said.

Lungile said they investigated and found the new owners, who were mashonisas, had given her sister money to buy beer and when she couldn’t pay them back, they took the house.

The new owner, Clare Ramela (70), told the SunTeam to get comment from Joyce.

Joyce told Daily Sun she gave the house away willingly.

“Those so called family members were making my life a living hell. I gave the house to a friend so I could live in an old-age home,” she said.

Joyce said her friend found a house for her in Orange Farm, south of Joburg.