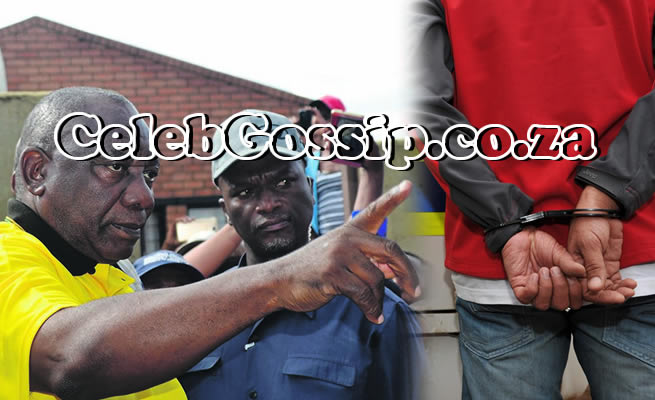 At least 11 NEC members, including current and former ministers, are targets of politically motivated criminal investigations, according to sources.

DEPUTY President David Mabuza, ANC secretary-general Ace Magashule and Water and Sanitation Minister Lindiwe Sisulu are among 11 senior ANC leaders, who either did not support President Cyril Ramaphosa at Nasrec or are seen as a threat to him, who are said to be the targets of politically motivated criminal investigations by state organs in the next few months.

Four ANC national executive committee (NEC) members told the Sunday Independent that the trio was on a list of people perceived to be former president Jacob Zuma loyalists or those with ambitions of challenging Ramaphosa ahead of the governing party’s national general council in June this year.

Service (Sars), the National Prosecuting Authority (NPA) and the Hawks to repackage old allegations to charge them criminally, launch fresh investigations or subject them to calculated leaks in the media.

The emergence of the list comes as Zuma supporters, under the banner of Gauteng Radical Economic Transformation President Jacob Zuma Support Group, launched a fightback campaign against his “persecution” in Johannesburg this week. Spokesperson Carl Niehaus lambasted the NPA for allegedly being used to fight political battles.

It also comes two months after Sunday Independent reported that Ramaphosa is allegedly planning to use state institutions to investigate and keep political opponents busy with criminal cases as part of his plot to kill the ANC and replace it with a centre-right coalition of opposition parties led by himself after the 2024 general elections.

Mabuza would be linked to political killings in Mpumalanga, Magashule with corruption in the Free State, Duarte with tax related crimes, Mokonyane with the Bosasa and Water Affairs corruption, and the rest with various allegations of corruption and alleged state capture, said the sources.

“One of the people they are going to use is his (Mabuza’s) former butler, Jan Venter, who is currently working with the Hawks on a case against DD,” said a source speaking on condition of anonymity.

“Sisulu is seen to be too ambitious and they are now accusing her of bolstering her department with people who are running her campaign to challenge Ramaphosa for the presidency of the ANC. That is why there was an outcry following the appointment of Bathabile Dlamini,” said the source.

Mokonyane confirmed the existence of the list, saying she has seen it on social media. The former water and sanitation minister, who maintained that she was being punished for supporting Zuma, said some of the allegations levelled against her included that she owned a R14 million house obtained through fraudulent means.

“I have never undermined any leader of the ANC, including the current president. My biggest crime is that I have publicly sympathised with what Comrade Zuma is going through. Many of our leaders are let down by those who claim to be more loyal to them than others, all this for subjective interest,” Mokonyane said yesterday.

She added that the internet network at her house was recently hacked.

“Two weeks ago the network at my house was hacked and after it was fixed there were 17 attempts on the firewall, and that was officially confirmed by Telkom,” she said.

Duarte, who has allegedly been hit with a hefty Sars bill in a bid to neutralise her, said yesterday, “I don’t know what you’re talking about. Please leave me out of your conspiracy theories.”

Sisulu could not be reached for comment, but her adviser Mphumzi Mdekazi

said false claims that the minister had ambitions to challenge Ramaphosa were peddled by people who were “inherently insecure”.

“She didn’t join the ANC for positions. If she wanted positions, she would have accepted nominations to be in the Top Six way back in Polokwane, but she declined. So, where is this ambition coming from? She’s never gone out to campaign and lobby people. She doesn’t subscribe to the notion of money and buying people for a position,” said Mdekazi.

“She is going to be in York University, and she’s also considering accepting a job from the Bill Gates Foundation.

“People who continue to drive this notion are inherently insecure and don’t know who the real Lindiwe Sisuslu is.”

Mantashe, who is allegedly being targeted for refusing to sign the IPP’s, said he does not respond to “rumours”.

“I don’t like stories by rumours where a person plants a run-out and we talk to it and it goes on and on. “I don’t do that,” he said. Mahumapelo declined to comment on the list and allegations he was part of the Zuma fightback group, saying he was not allowed to speak to the media about ANC matters. However, he said he was in consultation with lawyers to determine how best to proceed with the people who keep spreading lies about him.

“The rumours are being spread by my opponents in a bid to discredit me. It’s very unfortunate that some of the national leaders believe these lies.”

In recent months, Mahumapelo has been linked to alleged fraud during his tenure as North West premier as well as the death of businessman Wandile Bozwane, who was killed in a hail of bullets in Pretoria.

According to the sources, Dlamini would be charged with alleged corruption related to the multibillion South African Social Security Agency (Sassa) contract during her tenure as social development minister.

Muthambi, who is the former communications minister, would be charged with alleged nepotism and other crimes linked to her management of the SABC and the employment of her relatives in the department. She has previously been accused of protecting former SABC chief operating officer Hlaudi Motsoeneng who presided over financial irregularities.

“They want to link Mokonyane to the Bosasa deals as well at the department of water affairs scandals. The plan is to isolate her and in the process discredit her which will ultimately lead to her being removed from all ANC structures. They also want to see her in jail.They want to bleed her dry with lawyers fees and court appearances.”

This week, a fake news email was circulated that the NPA would be charging Magashule in relation to the disappearance of the Pierneef painting from his office while he was premier of the Free State.

It is claimed that Magashule had given his former driver, Ricardo Mettler, the R8 million painting. Mettler is expected to appear in court next month in connection with the matter.

Zwane is a subject of multiple ongoing investigations relating to corruption.

Bongo was recently arrested and released on R5 000 bail in relation to a 2017 complaint by the former parliamentary head of legal services, advocate Ntuthuzelo Vanara, who had accused the former state security minister of bribing him in order to turn a blind eye to an investigation into the mismanagement of Eskom.

Bongo said he could not comment as the matter was being heard in court.

“My matter is still before the courts and is sub judice,” he said.

Zwane, Mabuza, Magashula, Muthambi and Dlamini could not be reached for comment.

ANC spokesperson Pule Mabe had not responded to questions by the time of going to print.