Home General News Gauteng pregnant woman told to go home and give birth to her... 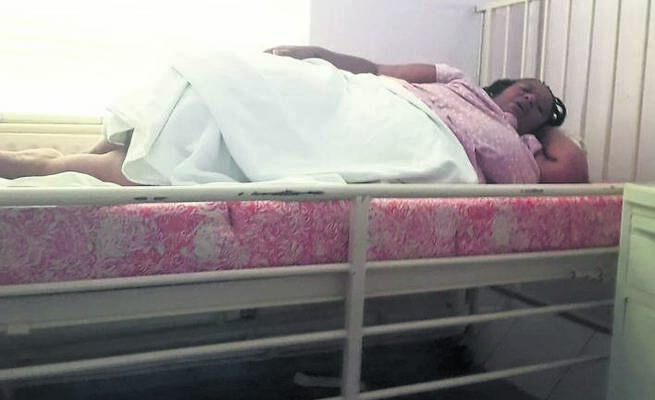 DUDUZILE Mchunu was excited about going to give birth to her baby.

But when she went to Leratong Hospital on Tuesday to give birth, she was told her baby had died.

As if that was not enough, the 34-year-old from Kagiso, west of Joburg, was allegedly sent back home to deliver the dead baby herself and bring it take to the hospital.

Her mum, Nombuso, said the hospital did not think much about people’s lives.

“The hospital told my daughter to give birth to the dead baby at home and take it back to them. How do they expect her to give birth when they’re better equipped to do it?”

But Duduzile couldn’t give birth to a dead foetus at home and went back to the hospital the following day.

However, according to Nombuso, Duduzile has still not been helped.

The furious mum said: “As I talk to you right now, Dudu is still in hospital and has not being helped. What if that baby kills her?

“This can’t be right. I’m sure there’s some damage that has been done to her. You can’t live with a dead baby in your body. We don’t even know how long this baby has been dead.”

Duduzile confirmed she still had not been helped.

“She confirmed the doctor explained her condition to her and the process of delivering a deceased foetus.

“It’s not procedure to tell a patient to give birth at home and that was not the case with Ms Mchunu. She is currently being managed in our facility,” he said.

But when our souce contacted Nombuso yesterday, she said Duduzile had still not delilvered the baby.