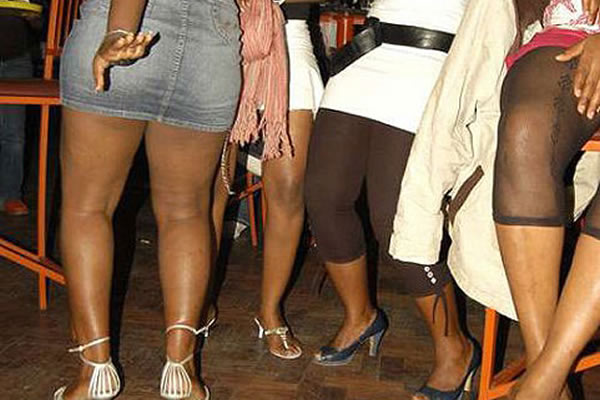 THE magosha is out of business.

This is because she apparently refused to marry one of her regular clients.

So the man allegedly locked her punani!

The 41-year-old from Joburg told Daily Sun the man has been her client for a year.

She said after poking, he’d share how devastated he was because of his divorce.

“I’d try to comfort him and we got close.

“He’d sometimes bring me flowers and give me money without poking,” she said.

“It became a regular thing and I told him to stop because I don’t want a boyfriend.

Seven months ago, the man proposed after poking, but the magosha turned him down.

“I refused because I don’t love him like that, and don’t even like the idea of marriage.

“I’m single with no kids and want to remain that way.”

But the man told her no man would be able to poke her.

Since then, every client fails her and she’s had no luck in the streets.

Daily Sun spoke to the client, who said he loved the magosha and wanted her to be his wife.

“As much as it hurts me to have her locked, I don’t want any other man to have her.

“No sangoma will be able to help her.

“She’s destined to be my wife and we’ll have kids together.

“I’m the only one with an okapi to unlock her,” he said.

Sangoma Joseph Dungamanzi said he has dealt with such situations.

“She can consult and we’ll get rid of that thing within a week,” said Dungamanzi.