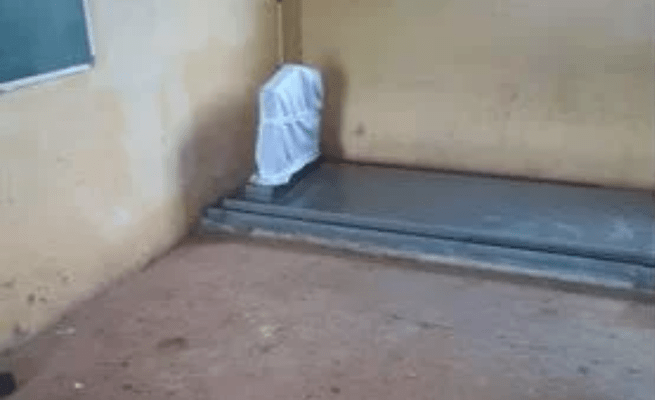 Parents at Mthwane High School want the education department to build a new school amid discovering that one of their classrooms houses a grave.

This comes after teachers at the school in Umzimkhulu, on the KZN South Coast, found a fresh tombstone in a grade 10 classroom on Wednesday.

It’s believed it was put up on an old grave spot by a family claiming the school was built on their land.

“On several occasions they put a big lock on the gate in an attempt to stop teaching and learning. As parents, we would find a way to break it.”

Siziwe said the tombstone was the last straw for parents who want nothing to do with the school now.

“Our kids don’t want to go to that classroom anymore and that’s affecting their education.”

She said last year, the local traditional council gave them empty land where a new school could be built. She said they notified the department and 10 mobile classes were brought.

“The land is not fenced, there are no toilets and there’s no power.”

“We’ll allow our legal team to advise us in this matter because once there is someone claiming the land is theirs, while you also believe it’s yours, a court of law should mediate.”