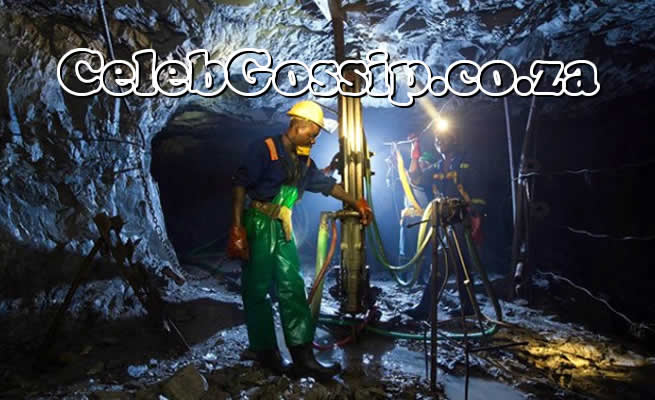 Sizwe Madondo, the chief executive officer (CEO) of state mining company African Exploration Mining and Finance Company (AEMFC), allegedly went behind his board’s back and committed the company to buying a Gupta-owned coal mine for R1 billion. While the board had instructed Madondo in December 2018 to conduct due diligence on Optimum Coal Mine’s assets, the CEO allegedly not only signed the bid for the mine, but committed the company to buying the mine owned by the controversial Gupta family.

These revelations are contained in a forensic investigation report ordered by the board following Madondo’s suspension by AEMFC in June.


Madondo’s three-day disciplinary hearing starts on Wednesday. He faces several charges, including one of gross “insubordination by continuing to sign a consortium agreement knowing that there had been noncompliance with the board resolution that the agreement first be circulated among board members”.

When contacted for comment this week, Madondo said: “I am unable to provide the response to your request as my disciplinary hearing is scheduled for next week from Wednesday to Friday.

“Therefore, I would not want such a response to be used against me. I’m more than willing to engage once the process has concluded.”

Jacky Mashapu, the spokesperson for the state-owned Central Energy Fund, the holding company for AEMFC, said: “In terms of our company’s policies, we are not at liberty to engage with any third party on matters relating to an employee and employer relationship.

“On the matter at hand, it would be premature to make any pronouncement whatsoever until all internal processes have been exhausted. It is therefore company policy to desist from putting any of our employees on any form of public disciplinary hearing or trial through the media.”

The 234-page report – which City Press has seen – by the firm Gobodo Forensic and Investigative Accounting shows that Madondo brought the Optimum Coal Mine deal to the board’s attention on September 7 2018. In it, AEMFC would partner with Lurco Coal Mine for an equal stake in Optimum mine.

According to the report, on December 10 2018, the board instructed Madondo to submit a draft agreement that had to be circulated among board members who would then discuss it during a teleconference.

Madondo was also tasked with finding a company that would conduct “due diligence on the assets for sale, business in all aspects, consortium parties, capital raising, advisory and deal structuring services at the indicated shared cost”.

But this didn’t happen. Instead, on January 18 last year, he signed the partnership deal with Lurco Mine and signed the bid for Optimum Coal Mine with the business rescue practitioners of the Gupta assets.

Lurco made headlines when it emerged as a successful bidder for the Gupta-owned Koornfontein mine in October.

However, the company failed to raise the required R500 million within the agreed period and the bid was then handed to the second preferred bidder.

The company blamed the business rescue practitioners for not allowing it adequate time to have the funds transferred to South Africa.

The Gobodo report also shows that Madondo did not seek the board’s approval when he undertook overseas trips to Dubai in the United Arab Emirates and London in the UK between February 25 and March 2.

The report notes that, while in London, the four met with representatives of Centaur Ventures, one of Optimum Mine’s largest creditors.

Akash Garg Jahajgarhia, a nephew-in-law of the Guptas, reportedly owns 50% of the company, a claim the company has denied.

The Optimum Coal business rescue practitioners will announce the preferred bidder for the mine at the end of this month.

Madondo, when he appears at the disciplinary hearing, will also have to answer questions about the alleged irregular awarding of a coal supply contract to non-mining company Mwelase to supply coal to Eskom.

Mwelase, which is owned by top lawyer Themba Langa and his wife Anna, was to supply 150 000 tons to 250 000 tons of Eskom-certified coal to the power utility’s Kendal Power Station near Ogies in Mpumalanga. Some of the coal it supplied was found to be substandard.

Several attempts to reach Langa and his wife for comment were fruitless this week. Phone calls and

“You [Madondo] knew or ought to have known that Mwelase was irregularly appointed or were complicit in the irregular appointment,” reads the charge sheet.

It also notes that AEMFC had been granted permission by National Treasury to deviate from proper procurement processes and to request proposals from coal mines within a 30km radius of Kendal mine.

“Mvelase does not operate a coal mine … it failed to furnish the proof of Eskom supplier certification as required by National Treasury in its approval of the request for deviation,” reads a charge sheet.

Lee Stokes, Lurco’s head of marketing, said: “We have not seen the [Gobodo] report as it would be a confidential AEMFC document not intended for public circulation. We have requested a copy of the report from AEMFC to ensure that Lurco responds accordingly to the allegations mentioned in your email, as appropriate and utilising the correct channels. We are yet to receive a copy of the report.”

“Therefore, any engagement that took place between Centaur [as one of the accepted and accredited major creditors] and Lurco was as per the prescribed sale term sheet circulated to all shortlisted bidders.

“In line with this, all shortlisted bidders [not just Lurco] were encouraged by the business rescue practitioners to engage with Eskom and Centaur [as accepted and accredited major creditors] with a view to understanding each major creditor’s claim to compile a relevant bid. Lurco did not, at any time, engage Centaur outside the prescribed process that was outlined in the sale term sheet.”

She denied any association or business deal between Lurco and the Guptas. “… to note, as part of the sale process caveats, bidders were obliged to sign affidavits warranting that such bidder has no association or dealings with the Gupta family, to which caveat, Lurco [and the consortium in general] complied.

“Should Lurco or the consortium have failed to meet this minimum requirement, it would have not proceeded to the final stage of the process.”