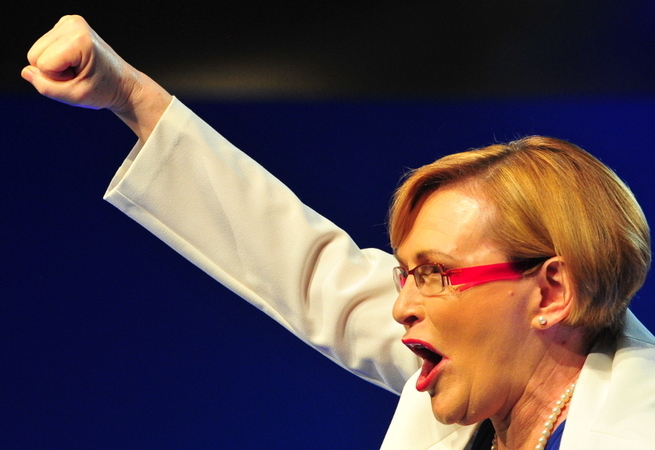 The DA federal council chairperson latched onto a Twitter discussion which started when a man complained about people using ‘white face’ at the Cape Town Street Parade.

“It may start with people labelled ‘white’ but it will soon spread to many more. And those driving it will soon be its victims,” she tweeted on Sunday morning.

This was in response to a Twitter user complaining: “Blacks living in Europe are called Europeans but whites who’ve been living in Africa for more than 300 years can’t be called Africans!”

Zille called this a “good point” and “another example of double standards”.

The discussion began when the same Twitter user complained about the alleged use of “white face” at the Cape Town Street Parade.

The parade sees predominantly coloured South Africans in Cape Minstrel bands make music on the streets of Cape Town. Some of these will paint their faces white.

The Twitter user was comparing this and blackface – an outdated form of theatrical make-up used predominantly by non-black performers to represent a caricature of a black person, which has its roots in the history of segregation and slavery in the US.

“I see ‘White Face’ is rampant in the Street Parade but ‘Black Face’ is a crime? How does that work?” he tweeted.

Zille called this an “interesting question”.

It should be noted that there was no historical use of “white face” as a means to humiliate and perpetuate stereotypes against white people, which may explain why the use of so-called “white face” is not considered equivalent to the use of blackface.

Good point. Another example of double standards. The painful truth is this: There is a concerted campaign to delegitimise and demonise minorities. It may start with people labelled "white" but it will soon spread to many more. And those driving it will soon be its victims. https://t.co/LJ1Wxqip7r