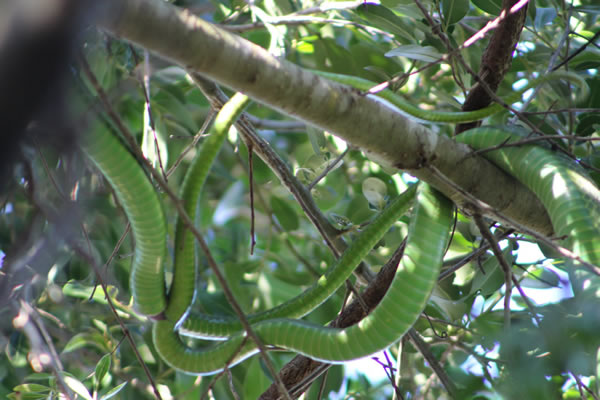 A once in a lifetime moment showing two green mambas 'in the act' has been doing the rounds on social media. The snakes were seen in the garden of Payge Tanner who resides in Sodwana Bay in KwaZulu-Natal province.

The images were posted on the Facebook page, Snakes of South Africa last week so you can imagine the type of attention it received. 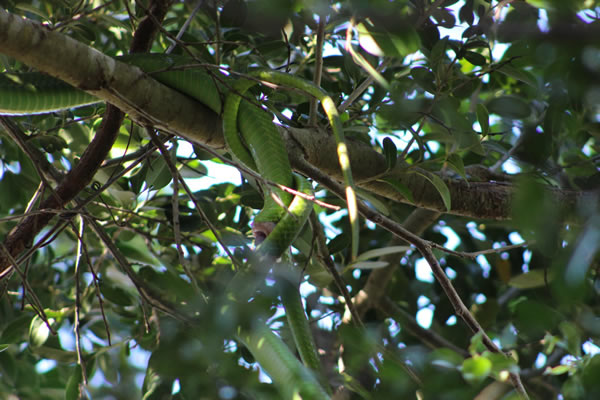 "Around here anything green is called a green mamba, but it’s usually a bush snake. But these were not your normal Natal greens. They were about 2.5m long with a girth wider than my fingers and thumbs," said Payge Tanner.

Sodwana Bay is located on the east coast of South Africa, in one of the unique and unspoiled parts of the world. So you can imagine the number of creepy crawly's in the area. 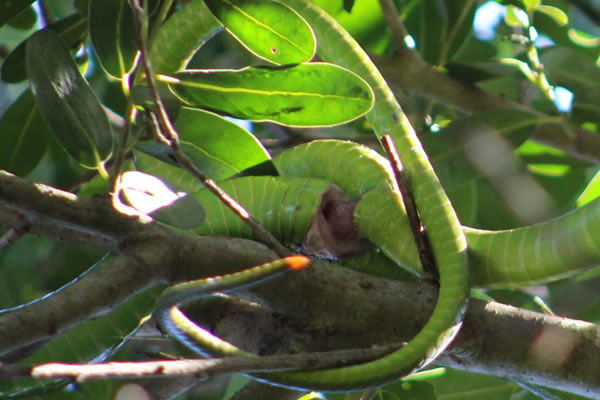 "I first shouted for Bongi who works for me. We spent the afternoon watching these two mambas mating and moving tree to tree all around the garden. I was as close as 1,5 – 2-metres at one point," added Payge Tanner.

Eek! This type of thing is cool, but not my kind of thing! I am not too comfortable with snakes, and if this happened in my garden, I would have rushed to call Nick, and would have been locked up in the house!

As scary as this is, it is a rare find and is worth the look. 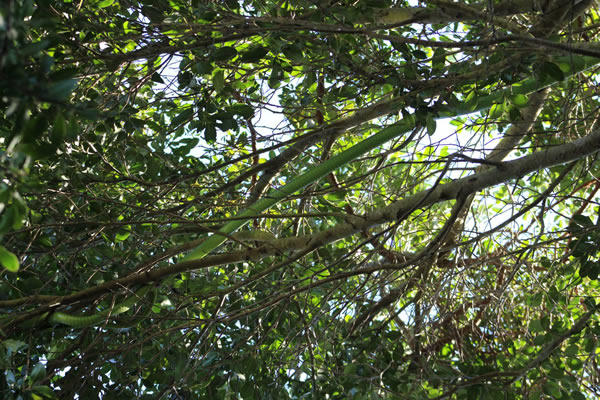