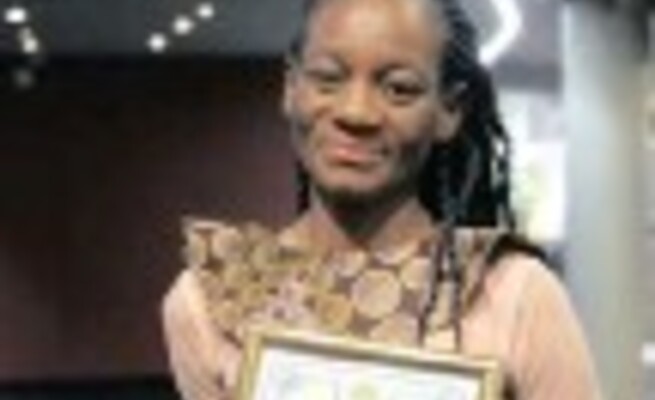 TWO policewomen, moved by the squalid living conditions of a 13-year old rape victim, took it upon themselves to build and furnish a house for the teenage girl and her family of nine with their own money.

When they approached a local hardware store in Bergville, in the Kwazulunatal Midlands, to buy building materials for the project, all they had between them was a toll road concession card and R27 in cash.

The owner of the store agreed to take payment for the material in instalments, and now the teenager and her family have a three-room house of their own.

On Wednesday, they were recognised at the SAPS KZN Provincial Excellence

Khumalo was on hand

to collect a special award from KZN provincial commissioner Lieutenant-general Khombinkosi Jula for “displaying a good image of the SAPS”.

She said compassion welled in their hearts when they visited the previous home of the rape victim.

“We heard the girl was not coping well at school and there were moves to drop the rape charge opened against the boyfriend of her relative, so I decided to investigate further.

“Apart from the squalor she lived in, we also noticed her school uniform was torn and she didn’t have proper shoes.

“There were seven children living in their dilapidated two-room house, with their uncle and aunt who were both unemployed”.

Khumalo said they then approached the owner of Mountain Build-it in Bergville about buying material for the project on credit, which they promised to pay themselves after big businesses refused to assist.

Khumalo said they also paid for much of the furniture that went into the house.

“Mr Khan, the owner of a local furniture store, also subsidised some of our purchases.”

She said once the project materialised others, including local businessmen, the mayor, community organisations and MEC for Transport, Community Safety and Liaison Bheki Ntuli all chipped in to help the family.

Khumalo said: “I felt good lending a hand to someone living in dire circumstances. I get paid for working in this community, so it’s nice to give back.”

Van de Walt said he agreed to assist mainly because he knew that Khumalo had helped the local church and other community members in a similar way before.

“I trust her and she usually pays on her pay day, so I was happy to supply on terms and I gave them big discounts.”