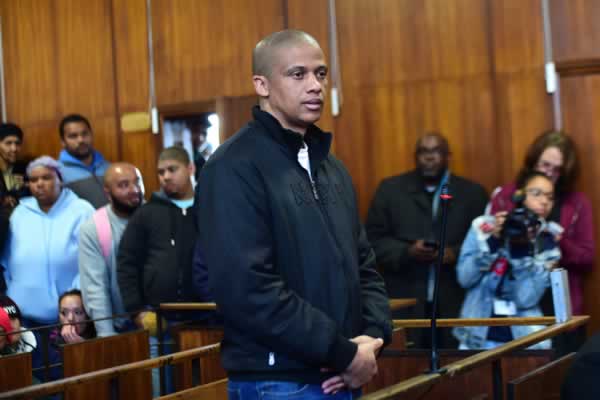 Ant poison was used to murder little Courtney Pieters and after she died, her killer used his fingers to penetrate her, the Western Cape High Court heard on Monday.

Mortimer Saunders pleaded guilty to killing three-year-old Pieters, 3, and to performing a sexual act on a corpse.

He denied that her murder was premeditated or that he had raped her.

According to his plea explanation, he poisoned the child because of "ill feelings" between him and Courtney's mother, Juanita.

He had been renting a room in the family's Elsies River home for two years.

On May 4 last year, he claimed, Courtney had been left in the care of her six-year-old brother and he had been home because he was on leave.

The little girl had wanted to watch TV in his room, his plea explanation read, and he told her to leave because he wanted to sleep. She later returned.

Saunders said he mixed the poison and water together and wanted to make her sick. She initially refused to drink the mixture but drank it after he convinced her to.

Other people living on the property then started to look for Courtney, Saunders alleged, and he panicked because he did not want her to be found.

He said he used his open hand to hit her on her forehead and added that he choked her. Her body went limp.

He left the room and when he returned, Saunders said her lips were blue and her body lifeless.

It looked as if she had vomited and he realised she was dead, Saunders said in his plea explanation, which was read to the court by defence advocate Mornay Calitz.

He claimed he was stunned at what he had done and stayed in his room for an hour, thinking of what he would do next.

He admitted pulling down her shorts and panties and confessed to using his fingers to penetrate her. He became aroused and put his penis around her vagina but denied that he penetrated her.

Saunders said he put her body in a duvet and dumped her in bushes close to factories in Epping.

The State rejected Saunders' plea because it believed her murder was premeditated.

The trial is under way.