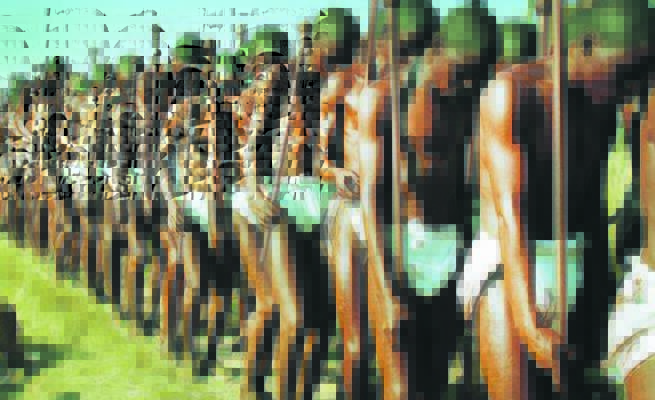 A total of 788 young men have lost their lives since 2006 during the rites of passage initiation process in the Eastern Cape.

A further 317 boys had their private parts amputated during the same period.

Yet the authorities are failing to stem the death spiral.

With the summer initiation season now under way, and with weeks to run, by Saturday a total of 19 young men had already died in the province.

During the same time last year, 17 boys had lost their lives. Most of the deaths occurred in the first five to 10 days of the initiation.

Eastern Cape Premier Oscar Mabuyane said: “Women carry these boys in their wombs for nine months, they raise them. They give them to us men at 18 years old and we kill them in just eight days.”

The deaths continue despite various efforts being put in place by the government, including signing the Customary Male Initiation Practice Act into law.

The act became effective in December 2016.

Read: Editorial: Why our boys are dying

The act, which was considered tougher and harsher, includes a jail sentence of 25 years for anyone found guilty of breaking the rules governing initiation – but no one has been convicted under it in the province.

Other interventions include setting up initiation forums across the province where doctors, nurses, police, traditional leaders and government officials can meet to visit initiation schools and close down illegal ones.

But some of the efforts have proved to be ineffective with some illegal initiation schools sometimes found deep in the bushes where cars cannot reach.

Various campaigns, including educating initiates about drinking an adequate amount of water especially during the summer season, have also been undertaken because most initiates die of dehydration.

Medical pre-screening has been made mandatory to ensure that initiates are fit to undergo the procedure. And traditional surgeons and nurses have attended workshops.

A database of eligible practitioners, who can conduct traditional initiations and run initiation schools, was formulated.

Initiation of boys younger than 18 has been banned.

While initiation schools are run in other parts of the country, the vast majority of the deaths have been recorded in the Eastern Cape.

Mabuyane said efforts introduced by the government had had little effect.

“This is very painful. You cannot even explain it. You cannot even understand it. But the summary of it all is that children die of dehydration. It is clear when there are problems of renal failure in one’s system that it becomes disorganised.”

He said it was wrong to deprive initiates with water under the belief that they would heal faster.

“Especially at a time of global warming you cannot deprive initiates water. Times have changed and even before [now] initiates were given water. We have also gone through this rite of passage.”
Oscar Mabuyane. Picture: Ziyanda Zweni

The premier urged parents to look after their children “who make the situation worse by drinking alcohol prior to undergoing traditional initiation”.

“Parents must not abandon their children in the name of them being at traditional initiation schools,” he said.

Mabuyane slammed traditional surgeons [iingcibi] who broke the laws governing traditional initiation and promised that the justice system would deal with them.

“There is nothing the government has not done. People break the laws we have put up in place. Initiates are screened prior to the procedure by doctors but nothing is changing,” Mabuyane said.

“We are determined to follow up on illegal initiation schools and have already arrested many culprits, including parents and iingcibi,” said Nonkonyana.

Eastern Cape cooperative governance and traditional affairs MEC Xolile Nqatha also put the responsibility at the door of parents, saying they should ensure that their sons drank water when in camp.

“Once the outcomes of the postmortem results confirm that the deaths have anything to do with dehydration, iingcibi and ikhankatha [traditional nurses] must be arrested and have their day in court.

“To deny abakhwetha [initiates] water is an act of misconduct.”

Health Minister Zweli Mkhize is due in the province this week.

One of the victims was a 17-year old boy from the OR Tambo region, which has previously been the hot spot for initiation deaths.

He was one of 10 initiates in an illegal school in Mhlontlo local municipality – which includes the towns of Tsolo and Qumbu.

Namkeli Ngam, who speaks for the Joint Operation Centre dealing with the initiate deaths, said two other initiates were taken to hospital and seven others were rescued and returned to their homes. They are being monitored by the local initiation forum.

Ngam said 61 cases had been opened so far and that 19 arrests for unlawful circumcision of underage boys had been effected.

“More arrests are expected pending the outcome of the postmortem results.”
Atotal of 788 young men have lost their lives since 2006 during the rites of passage initiation process in the Eastern Cape. A further 317 boys had their private parts amputated during the same period.

She said parents were outsourcing their responsibilities to amakhankatha.

Provincial health spokesperson Sizwe Kupelo said dehydration had been identified as the main cause of death.

Kupelo said some would-be initiates even stop taking water before they undergo the rite.

“They die from dehydration just days after being circumcised. In fact, it is a myth that not taking water will help initiates heal faster. The truth of the matter is that we cannot survive without water so why should initiates be any different to the rest of us?”

The department will supply water to all initiation schools and has urged communities to donate water.

“While we understand the cultural sensitivities around having medical doctors and nurses at traditional initiation schools, our number one priority is to ensure these would-be men return home healthy and not in coffins,” he said.

Kupelo said the visits were the department’s attempt to be proactive and prevent more deaths. especially as some initiates were taken to hospital when it was already too late to help them.

Communities had been urged to point out illegal initiation schools.“One death is one too many. We also want to prevent a situation where those who might be victims of botched circumcision might need penile amputations because medical assistance was sought too late.

Kupelo said society had “to take back this rite from the criminals who have hijacked it”.

“Law enforcement agencies have to make an example of those bringing traditional initiation into disrepute and sentence them to lengthy prison sentences,” said Kupelo.

Local initiation forums had been formed throughout the province to monitor initiation schools.

Ngam said some interventions were beginning to bear fruit, with declines in the OR Tambo District hot spot and no fatalities recorded in Alfred Nzo and Nelson Mandela Bay.

“This speaks to the interventions we have put in place. But as you reduce deaths on the other side there are new dimensions that are coming up,” she said.

She said some parents were aiding the illegality of the process and had been found to have assisted their own underage children to obtain illegal documents to undergo traditional initiation.

“In Ndevana near King William’s Town a parent has been arrested for taking his underage boy into an initiation school using an ID document that belongs to an older child,” she said.