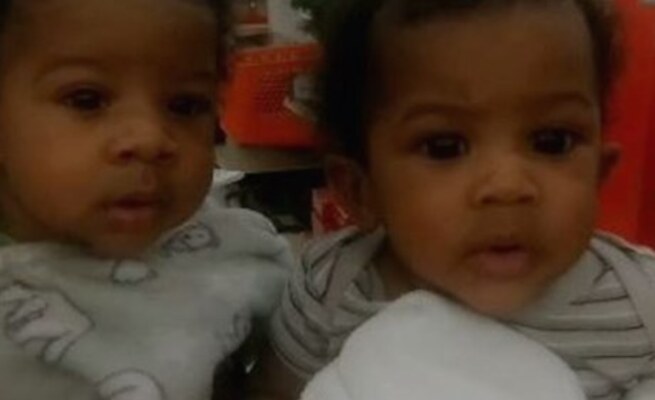 A woman named Countiss Azor got the shock of her life when she came across what seemed to be her baby’s identical twin in a supermarket. After asking around, she discovered that the baby in question who is named Baby James was born on the same day and in the same hospital as her own daughter, Baby Jean. The babies also live one street from each other.

The video of the two women meeting up with their children was shared on Facebook and Many have come to the conclusion that the kids may have been fathered by the same man.

What’s your opinion on this fiasco, Could these kids be twins by coincidence or there is a man out there looking after a child that is not his. Share your thought in the comments below.