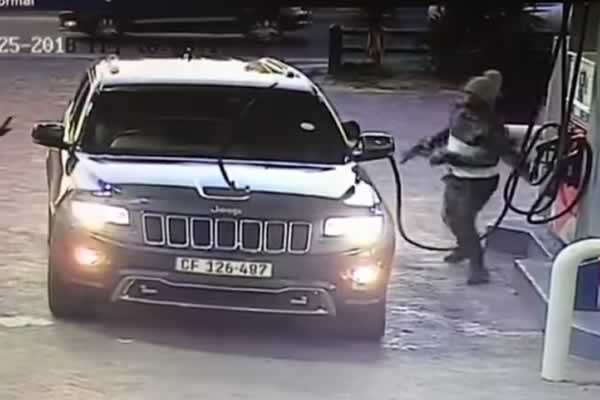 The wife of a Cape Flats apostle is fighting for her life after she was shot by gunmen while the couple was filling up their larney Jeep at a Delft petrol station.

The brazen attack happened at the Caltex garage on Friday at 6pm and the shocking incident was caught on security cameras.

First Lady, Perfidia Oliphant, 49, of the His Grace Church in Delft, was shot in the cheek, neck and upper arm.

She was with her husband, Apostle M. Oliphant, who was busy putting petrol into their Jeep Cherokee when two men approached the passenger window, where Perfidia was seated and shot her.

Footage shows the shooter, wearing a green hoodie and grey and white top, walking up to the vehicle with his hand in his pocket.

Apostle Oliphant appears to spot the danger and tries to pull away with the petrol pump still in his tank, but by then it’s too late.

The man pulls out his gun and shoots through the passenger window.

He runs off, nearly tripping over the petrol hose.

As he flees, he hands the gun to an accomplice, dressed in a dark hoodie and red pants, who cocks it and shoots into the back of the vehicle as it drives off.

At one point the pastor opens his door, apparently to run after the shooter, but stops and ducks when the accomplice starts shooting.

The incident is over within 10 seconds.

The apostle did not respond to queries for comment on Sunday. 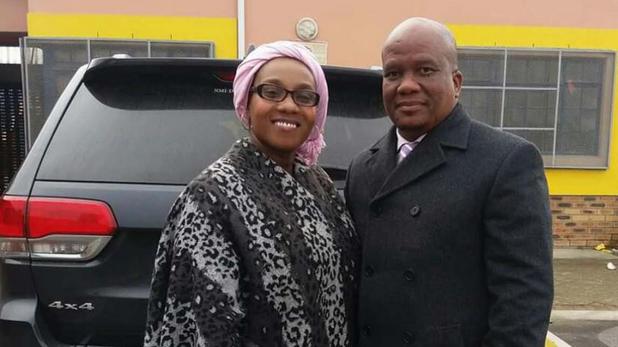 Community Policing Forum Cluster Chairperson, Reggie Maart, said a motive for the shooting has not been established yet.

“The guys ran straight to the car and shot at her. There was no attempt to hijack or rob the owners, so we are still trying to specify what exactly caused this horrible crime,” Maart said.

He says it has been rumoured that the pastor is affiliated to the troubled taxi industry in Delft, but a family member of the couple denies this.

“They are just pastors who serve their community. They have no link to any taxi business. People are making up stories,” the woman said.

Maart says when police went to speak to Oliphant, he would not even confirm his name to them.

“He would not speak to the police or anyone else. He is at the hospital all the time and is just staying with his wife and making sure she is OK. On Sunday they removed the three bullets from her head, neck and upper arm and she is recovering well.”

“Circumstances surrounding this incident are under investigation. SAPS detectives are combing for clues to bring perpetrators to book,” she said.