HER funky golden blonde hair shines in the sunlight, matching Pinky Tiro’s healthy glow. With a warm smile the Aids activist and community builder welcomes us to her new home in Florida, Joburg, where she and her family settled earlier this year. 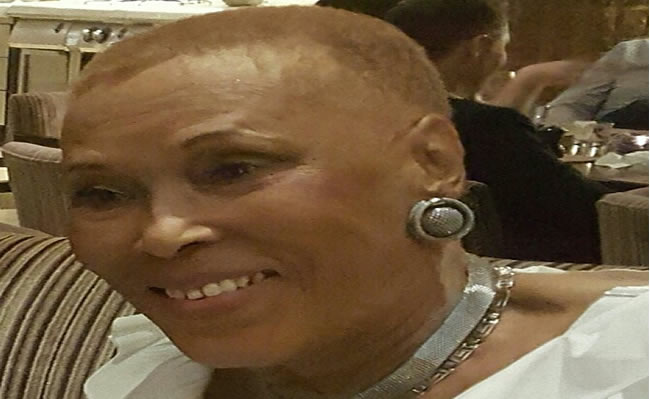 “Welcome to my home. I know it is a bit quiet here, but I must say it is peaceful. I am still getting used to it,” she remarks.

The suburban home is very different from Meadowlands, Soweto, where she lived for over three decades, operating a tavern with her husband.

It’s been 30 years since Pinky was diagnosed as HIV-positive and it’s something she celebrates daily.

“There was a time I was made to think that I would die,” she tells Move!“Doctors told me I had 30 years to live, but here I am today, 30 years later!”

A great deal of work has been done in recent decades to educate people about HIV/Aids, but the stigma and fear about getting tested are still prevalent, says Pinky (70).“I want people reading this to be inspired to get tested and avoid dying before it’s their time.”

HIV, she points out, is not a death sentence.“Look at me, I am still alive.”

In her work with the community as a counsellor, Pinky says denial is the biggest problem she faces when talking to people about HIV and Aids.“I meet God-fearing, church-going women who do right by their husbands, only to find out their husbands have been unfaithful and have infected them [with HIV]. Trying to explain this to them is always a challenge,” she says. She encourages people who have been diagnosed with HIV to go for counselling, to get their antiretroviral medication (ARVs) and to stick with it.

Pinky was battling bone marrow cancer in 1989 when she was dealt another terrible blow. She had lost weight and her skin colour changed because of the chemotherapy treatment for her cancer when doctors broke the bad news: she had HIV too.“I remember being in that doctor’s room and hearing the word ‘positive,’ but in my mind, I thought ‘positive is a good word’, and I could not comprehend what it really meant,” she recalls.

Then the penny dropped.“The doctors told me I had 30 years to live, and I’m still here today, 30 years later. There’s no way I was going to leave my children, husband and family behind. It wasn’t going to happen,” she says.

The love and support of her family is what kept her going. Her sister, former SA talk show queen, Felicia MabuzaSuttle, became a pillar of strength for her. She needed that love and strength to help her, especially in the days when HIV and Aids were a taboo subject.

After people learned about her status back in the day, business decreased at Pinky’s tavern.“It wasn’t the same. My tavern was less busy and things were said about me, but I soldiered on,” she says.

Her pain turned into purpose when she became a counsellor and a shoulder to cry on for women, men and children who were either infected or affected by the disease.“One of the defining moments in my journey was when I visited a hospice and saw people dying. I told myself I was going to do what I needed to, to live and to fight for a healthy life.”

Pinky does not shy away from talking about getting tested for HIV, especially with the relatives or friends of someone who has died of an Aids-related illness. “I’ve seen far too many friends and acquaintances die unnecessarily. Even though they knew how open I was about my status, they wouldn’t tell me theirs.

“This makes me so angry and sad at the same time because I feel these deaths could have been prevented,” she says. Still, she has realised that despite her best efforts,“if people don’t want t help, you can’t force them to seek it”.

Her diagnosis brought purpose to her life.“I made a decision that every day is my birthday and trust me, I live my life as such,” she says.“You start looking at how best to live your life. I love my fun, I don’t compromise. Yes, even at my age, I love a good time. When we are together, my friends remind me to take my medication. I call them smarties and I take them everywhere I go,” she says.

The ARVs, she says,“are part of my life. I make no mistakes when it comes to taking them”.

She has always embraced life, since she was a girl growing up in Dube, Soweto in a warm family that provided her with the best possible life.“I must say, we grew up comfortably,” she shares. “We were known beauties of that time, often seen wearing the same clothes, we have always been sharp-dressers,” she says with a chuckle.

“Like my sister Felicia would say,‘You are on preferment, Pinks’, which meant I took on work I wanted to take on.”

For World Aids Day (1 December) this year she will be busy with speaking engagements.“It gives me so much pleasure to be able to bring hope into other people’s lives. I am fulfilled knowing I have lived my life in a way that has been life-giving to others.”

‘I WANT PEOPLE READING THIS TO BE INSPIRED’