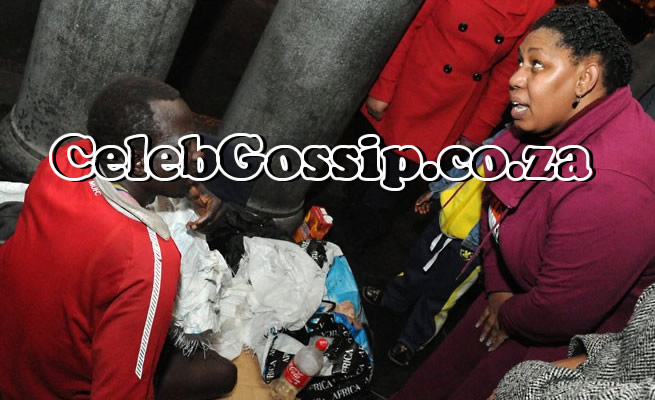 As South Africans commemorate the 16 days of activist against gender-based violence from tomorrow, it will be after a bruising year which saw struggles faced by women and children propelled to the very top.

It is a year when the country stood united against the scourge of GBV following a spate of high profile rape and murder cases that left women asking themselves if they were the next victims.

Social Development Deputy Minister Hendrietta Bogopane Zulu has been on all sides of the coin as a GBV victim, a survivor, an activist and a policymaker. For her, making a difference during and beyond the 16 Days of Activism Against GBV goes beyond the call of duty of her ministry.

"My life, my experience, my journey, and everything I have gone through, informs the way I do my work. Gender-based violence is very close to my heart," says an emotional Bogopane-Zulu while recounting her rape ordeal 29 years ago, resulting in her falling pregnant and eventually giving birth to her first born daughter.

The incident happened when she was a pupil at Filadelfia Secondary School for the visually and hearing impaired and physically challenged learners in Soshanguve, north of Pretoria. A teacher repeatedly raped and impregnated her. The school protected her assailant and expelled her, and her disappointed father refused to believe her.

"When I became pregnant as a result of the rape, they expelled me," she states.

"I was in Grade 8 at the time," she said angrily in 2010. I always wanted to tell my story. I was raped in 1989 while in Grade 8 and when I reported it to the school authorities and the then department of education and training, I was not taken seriously."

After she reported the rape, she says the then principal called her a "liar". After her second complaint, she was taken to hospital, accompanied by a nursing sister at the school "where it was confirmed that I was pregnant".

Her father was called to the school and "I do not know what they told him but our relationship changed completely from that time and he left me with my grandmother".

The inquiry into her case only took two days. "One afternoon, two days before my final exam, I was called to the office and told to leave."

She was furious because the school had failed her and allowed her alleged abuser to continue working at the school.

In April 2010, Minister Hendrietta Bogopane-Zulu was given an ultimatum by a senior government official, to stop accusing him of having raped her or face legal action. She has accused John Gumede, a former teacher who is now a top official in the Department of Basic Education, of raping and impregnating her 29 years ago.

But Bogopane-Zulu told The Sunday Independent that she would continue speaking out. She also challenged Gumede to go for a paternity test to prove that he is not the father of her eldest daughter. "I have a daughter born out of that rape. If he did not rape me, then he must explain how I got pregnant as a Grade 8 pupil with a teacher's child."

Bogopane-Zulu vowed to fight and make a name for herself and a difference in lives of young girls and women who found themselves in similar situations.

"I have always been an active girl, always had big dreams and believed in myself – whether it's something that God gave me in abundance or it's wisdom that my grandmother instilled in me," said Bogopane-Zulu, who was born blind and learned to be independent from an early age since she had to be away from her family, which she was attending boarding schools for children with special needs and getting medical treatment.

A mother of three daughter – two of them born due to a genetic condition – she is fiercely protective of women in the same way that her grandmother protected, loved and supported her to reach for her dreams.

As an activist and politician, she held on to her empathy and used the platforms presented to her to raise awareness of GBV and rights of people living with disabilities.

When the global campaign kicks off tomorrow, Bogopane-Zulu says she will be spending time with 100 young women, especially as vulnerable women are the ones whom become victims of abuse and stay in abusive relationships for economic reasons, for a plate of food and believe they don't have anywhere to go.

Her mission is to motivate them and then empower them to reach for their dreams.

Bogopane-Zulu says she is also focused on the boy child, so he can now grow to be a better man.

"I am investing in boys by focusing on would-be perpetrators," she says.